Dear Mark and Family--- My sincere condolences to you and your family on your loss. I hope that your cherished memories of your Father will give you strength and comfort during this time. Thinking of you. Sincerely, Andy Friedman

Dear Jeffrey and family my sincere condolences. I witnessed the good care you gave to your father Bravo. Evelynschmetterer ( knowltons mother)

Leonard Copoloff - about 1 month ago

Our sincere condolences upon having learned of Gerald’s passing. We have fond memories of Sunday visits by our cousins to Lachine at our Bubbie and Zaida Copoloff’s house. The Ekloves, the Seligmans, the Monesses, and others. May you know of no further sorrow. Your extended family in Montreal, Leonard and Vivian Copoloff

Riana Levy - about 1 month ago

Your father and grandfather was a kind and wonderful man. He had a wit about him and was always telling jokes and giving compliments. Please accept sincere condolences on my behalf, as well as the residents and staff at the Vista residence.

ian Levitt - about 1 month ago

My condolences to the Moness Family. My late father Simon grew up with Gerald and saw him at the Snowdon YMHA back in the day. I have some memories of him and the family too as my brother and myself were members of the Y where we often met when we went with my father. Let the memories of him keep you strong. Ian and Gary Levitt.

Allan Gilbert - about 1 month ago

Dear Moness Family: My condolences to your family on the passing of your father, Gerry. I remember him, and your family, from many years ago. May you all be strong for each other. Allan Gilbert, Montreal

Marcia Gurman - about 1 month ago

Dear Jeff and Family We offer our sincere condolences to you on the passing of your father. Marcia and Abe Gurman 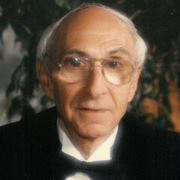 Peacefully, surrounded by his family, on Monday, January 20, 2020, in his ninety-third year, in Montreal. Loving father and father-in-law of Samena Moness, Jeffrey and Karen Moness of Toronto, Mark and Corrin Moness of Toronto. Devoted grandfather of Ariel, Alanna, Jordan, Madelyn, Blake, and Colton. Dear brother of the late Fanny Altro, the late Phil Mones, and the late Sadie Moness. Special thanks to Gerald's caregivers, Doreen, Annette, and Steve. A family graveside service will be held on Friday, January 24 in the Community Section of Pardes Chaim Cemetery in Toronto. Donations in Gerald's memory may be made to the JPPS-Bialik Foundation, (514) 731-3841 ext.: 263, or to a charity of your choice. Arrangements entrusted to Benjamin's Park Memorial Chapel, Toronto.

Leave a condolence for Gerry Moness