It was with great sadness that we heard of Neil's passing. ROZ and I wish you and your family strength to get through this very sad time. May the wonderful memories your whole family share of this great husband, father ,grandfather and friend bring us all comfort through this sad time.

My deepest condolences to the Abugov family.Neil.& I worked together for many years,what a great guy.

Dear Phillip (Skippy), Ellie and family Our deepest condolences on the loss of your brother Sharon and Billy

Dear Bella and Family. Shellety and I want to send our deepest condolances to you. It was always such a pleasure to visit with you and Neal during your time here in Toronto. He will be sadly missed.

Dear Bella and Family.Shelley and I send our deepest condolances to you. It was always a great pleasure to visit you and Neal during your stay here in Toronto. He will be sadly missed. - 18 days ago

Helen and Michael Burrows - 18 days ago

Michael and I were shocked when you called to say that Nell had passed away. It was not that long ago when you and Neil came down to South Florida and stayed with us. We enjoyed having you both and spending time with you and catching up on old times. We still remember when we were living in Montreal and would get together with you and Neil and our kids. Those were the good old days. Neil was a good soul who always had a smile on his face and was always willing to help others wherever he could. May all the memories you have of him be a comfort to you at this difficult time. Our sincere condolences to you and your family.

It was a shock to hear Neil passed, so suddenly. Reality sank in when a phone call to Bella brought us both in tears. We lived miles apart, but in times like this, friendships are remembered and cherished. Fond memories of working together in B'nai Brith Young Adults. So much fun! Neil worked with Maple Leaf Lodge, when Teddy Greenfield was President, and my late father Harry Shaffer was Vice-President. I still remember packing Passover Baskets and delivering them to many people in the Montreal area. Although we do not have you Neil, we will always have Memories. You will be remembered as a giving person, actively volunteering in B'nai Brith, and supporting a wonderful family. Bella may you be spared from further sorrow- your Friend, Sandy (Shaffer) Goldstein

Larry and I were shocked to hear of the passing of Neil. We have such good memories of time spent together. Bella - we have been friends for over 50 years and it is too bad that distance separates us all. We still play Liverpool with friends we taught in Edmonton. Please take care of yourself and your family. May you know of no more sorrow. Livia & Larry

Dear Bella & Family: Although a short time was spent living on the same street, I still have fond memories of Neil who always showed such a warmth of character. We can never understand why life is taken away, we can only understand why this wonderful life was given. May you treasure the Beautiful Memories you all had together. Heartfelt Condolences.

Neil worked with our late father Norman Blumer at Pellon Chemotextiles. On behalf of all of us we want to express our deepest condolences to the entire Abugov Family

Harvey and Doreen Levine - 19 days ago

Dear Bella and family, Sending our sincere condolences on the untimely passing of Neil. It was nice to know that Neil was still involved in B’nai B’rith, where many friendships were made, and yes Neil was a very kind and gentle guy. Many miles between us , but lots of good memories.

Dearest Bella, Although many years have passed by i still remember with fondness our friendship of years ago. Please accept my very deepest sympathy on your untimely loss. Please know that you and your family are in my thoughts and prayers. May Neil rest in eternal peace. With much love , Suzanne

Bella, a little correction, our friendship goes back more than 55 years, a long time. Marsha

Dear Bella, Leanne, Ilana, Ryan, Skippy, Ellie, Joe, and Seth. I am so sorry to learn of Neil's passing. Our friendship spans almost 50 years to Neil's and my days in BBYA, and to the beginning of our friendship, Bella, in our teenage years. Even though we have lived on opposite ends of first the planet and later just the continent, with Montreal squeezed in here and there, and haven't been able to see each other in so many years, keeping in touch by phone, it was always good to know that you and Neil were there and our friends. Neil was one of the "really good guys": warm, friendly, honest, and totally committed to his family. May your memories of him and his love for all of you bring you comfort and peace always. Love, Marsha Machlovitch Costin, Vancouver, BC

Neil was a 1963 Baron Byng High School graduate, and a really nice guy. My condolences to his family.

Dear Bella and family, We were so sorry to learn of the passing of your beloved husband, father and grandfather, Neil. Many years have passed since we last saw you. Our sincerest condolences. Debbi and Harvey Silver

Dear Bella, Leanne and Ilana, My sincere condolences on the loss of Neil. I remember the good times we all spent together when the kids were young. Neil was a kind and loving person who will be sadly missed. May the beautiful memories you have bring you comfort at this difficult time. Eleanor Tannenbaum

My deepest sympathies on the loss of your beloved husband, father and grandfather. Neil was my first cousin and I have happy memories of Auntie Faye and Uncle Izzy, the doll hospital, the snack bar and the Abugov seders. Neil and the rest of the cousins would leave after dinner to watch hockey and hang out. Sending love from Montreal. 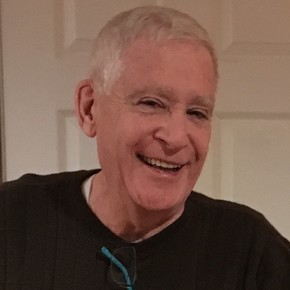 At Lancaster General Hospital on Friday, January 3, 2020, in Lancaster, PA, at the age of seventy-five. Born and raised in Montreal, son of the late Israel and the late Faye (Katz) Abugov. Neil would have celebrated fifty years of marriage with his loving wife, Bella Harovitz, this coming March 1. Devoted father and father-in-law of Leanne and Joseph C. Schaller of Lancaster, PA, Ilana M. Abugov and Seth A. Gehman of Leola, PA. Proud grandfather of Ryan Schaller. Dear brother-in-law of Phillip Harovitz and Ellie Manis-Harovitz. Uncle of Nick and Courtney Noik.

Neil attended Sir George Williams University, Montreal, and then Lewis School of Hospitality in Washington, DC. Neil worked in retail sales most of his life and was currently employed in the hardware department at the East Lancaster Lowes location. Neil took great interest in his customers and their needs. Neil was Bella’s “wingman” and a dedicated family man, who loved to watch and play with his grandson Ryan, now sixteen. Neil and Ryan often got into trouble together. He was a calm and collected man with a beloved character trait, who people flocked to and warmed up to immediately. It took a lot to get Neil angry. He would do anything for people. His best friend Tony will miss those 10:00 p.m. phone calls. Neil was the International President of B’nai B’rith International Young Adults and was known throughout Washington, DC.

Leave a condolence for Neil Abugov