To Rosaline Tafler's Family - You don't know me, but I was really touched reading this obituary. Rosaline sounded like a delightfully spirited woman. She reminded me of my own mother-in-law, who passed away in May of this year, also at 97 years of age, and who often wrote poetry. All this to say, I purchased "Vice Versa" on Amazon and am awaiting delivery. We are truly the lucky ones having those so vibrant in our lives.

My sincere condolences to all her family on the passing of Roz. I worked with her for almost ten years She always had a poem for us every morning and a joke to start off our day. I kept in touch with her by phone, and she was always happy to speak to me. I shall miss her.

My condolences to the entire family for the loss of a beautiful woman, full of sense of humor. I was sad to learn the news about her passing away. I played piano for her at Maimonides, and I will continue to do so in her memory. Edwin Brownell orionedwin@gmail.com

May her memory be for a blessing. I am from the Sam Tafler side of the family, Rosaline from Myer, Sam's brother. My parents named me after Rosaline's brother Sidney, who died fighting the Nazis in WWII. Rosaline would have been the last of her generation, she and the others had a great impact ofntheir descendants and the communities they lived in.

To Roz' family & friends, We'll miss her shining light! May her poems & memories sustain you.

I used to volunteer (pre covid) on the 7th floor at Maimonides. I visited with Roey my dog. Visiting with Rosaline gave me so much pleasure. I always laughed with her while there was always a wonderful message delivered with one of her many stories. A pile of activity books, crossword puzzles, jokes, and wonderword puzzle books lined the edge of her bed. We used to laugh and say together “if you use it you won’t lose it” I am lucky enough to have her book of poems on my night table. Roz was an incredible woman, who lived ahead of her times. Treasure the wonderful memories. Marilyn Iny

Lois and Bernard Shapiro - 23 days ago

Dear Family, Unfortunately, it is many years since we have seen Rosalie., but it is ot so long ago that wed have forgotten her engaging spirit and love of life. We do, therefore want to extend our condolences to the whole family on Rosalie's passing. A force for good has been lost to al of us. Bernard and Lois Shapiro

Dear Louis and Marinoff and Tafler families, I'm very sorry to hear of the passing of Roz. I have many fond memories of her sharp wit and culinary skills. I never knew how she could come home after a day's work and serve a perfectly roasted chicken and the best chocolate cake I've ever tasted, but I was thankful every time. I still think of her every time I'm downtown at Peel and Ste. Catherine, where she worked 50 years ago. I was so glad to have attended her book signing and catch up with family stories. I'm confident your cherished memories of her will live on and console you.

To Roz's family, pre-pandemic I used to see Roz almost daily on the 7th floor. She was always a ray of sunshine, happy and smiling. Rest in peace Roz.

Since the pandemic, I have not been at Maimonides, so I haven't seen Roz since March. Such a lovely lady. Rest in Paradise. Leslie (worked 5th floor).

Dear Gail and family , Roz was a bright shining star. I have known her for many years at Maimonides. She brought beautiful energy to the programs I would animate. We will all miss her presence. Sending you lots of love. Cherish the memories. How lucky are we all to have a beautiful book of poetry for many years to come. 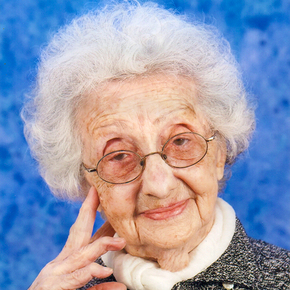 Rosaline Tafler passed away peacefully, in her sleep, attended by loved ones and caring staff at the Donald Berman Maimonides Geriatric Center in Côte Saint-Luc. She was pre-deceased by her parents Annie and Myer Tafler, by her siblings Saidye Tafler, Sydney Tafler, and Belle Gold, by her husband Julius Marinoff, and by her sons Sidney Marinoff and Peter Marinoff. She is survived by her son Louis Marinoff, by her daughters-in-law Gail Richardson and Phyllis Marinoff, by her grandchildren Julian Marinoff, James Marinoff, Sarah Marinoff, and Alec Richardson, by her niece Lois Schechter, by her great nephew Sammy Steinberg and great niece Jennifer Steinberg, by members of her extended family including Ashley Perrault and Paul Demers, and by many cousins of the extended Tafler family.

Beyond being a dutiful daughter, a loving wife, mother, and grandmother, and a beloved matriarch affectionately known as "Grandma Roz," Rosaline was perhaps best-known for her ready wit, irreverent humor, and collected poetry. Roz wrote her first poem in 1931, at age eight, and never looked back. In the 1940s she joined the American League of Poets, and became a Canadian correspondent for the Poetic Outlook magazine. In the ensuing decades, she published poems and letters to the editor in numerous newspapers and magazines. Roz married Julius Marinoff in 1950, and became a happy mother and homemaker. Her apple-cherry pies and chocolate cakes were prized by all fortunate enough to sample them. She enjoyed family trips to Ste Agathe during winters, Cape Cod during summers, and New York City at all seasons. She loved Broadway shows and musical movies of all kinds. She was also an avid dancer, from classic ballroom styles to tango, rumba and salsa.

Following Julius's premature death in 1967, Roz worked for various firms as a skilled book-keeper and breadwinner. She retired in 2003, at the ripe age of eighty, then took up tournament bridge with her sister-in-law, the late Rose Hockenstein. Card sharps Roz and Rose soon became Lifetime Masters of duplicate bridge. Roz always remained close to her first love: the English language. A relentless wordsmith, Scrabble maven and crossword solver, she wrote poems during every passing decade. In 2018, at age ninety-five, she launched a volume of her poetry, compiled by her grandson Julian and published by her son Louis. Entitled Vice-Versa: Collected and Neglected Poems, it's a lasting celebration of her creativity and legacy. Roz gave gifts of smiles, humor and laughter to all who encountered her. She brought rays of light into many lives and will always be remembered with love. Let her memory be honored with the closing lines of her very first poem, written as a child:

"Therefore, be it night or day,
Brightness always comes our way."

True to her words, Rosaline Tafler brought everlasting brightness everyone's way. Her family expresses its profound thanks to the many wonderful caregivers at the Donald Berman Maimonides Geriatric Center. A private graveside service will be held on Friday November 13, 2020. In lieu of flowers, contributions in her memory may be made to the Donald Berman Maimonides Geriatric Center, (514) 483-2121, ext. 2207, or to any preferred charity. Arrangements entrusted to Paperman & Sons.

Leave a condolence for Rosaline Tafler