I find it very difficult to write. I will not be able to realize for a long time that my dear and beloved brother is gone. My heart, my brain and my soul refuse to accept it. My Valerochka was the best brother. I was born when he was 13 years old. He drove me in a stroller, he carried me in his arms. I knew all of his friends. When Valerochka was in the army, and I was in primary school, I ran to him in the military unit. When I gave birth to my son, the first congratulatory telegram was from him. He was a brother who never said a bad word to me, he was a brother who was always ready to listen and come to my aid. When my son at school wrote an essay on the topic "who did you want to be like in life", he wrote that he wanted to be like his uncle. I have never met in my life a more honest and decent person, a person of his word. He loved mom and dad so much. I would really like to say to all brothers and sisters: "Love your sibling, appreciate each other, do not offend each other." as it was with my brother. I love you, my beloved brother, and will always love you. You will be with me in my heart until my last breath. Sleep well, my beloved brother, may you Rest In Peace. I will miss you very much.

Dear Valerka! I can’t believe I’m writing here… I can’t believe I’m writing to you… My heart still can’t accept that you are not with us anymore. Words fail to express our sorrow… We will always remember your special smile, your caring heart, your jokes. Emily and Adam will always remember a super handsome, strong and fun Valerka, who always carried them on his shoulders and wanted to buy them all the toys in the world. It’s hard to forget someone who gave you so much to remember. Rest in peace my dear uncle. Julia, Alex, Emily & Adam

Dear Zelda and the Semberov family, I was saddened to hear of your loss. Please accept my deepest sympathies. Wishing you and your family courage and peace during this time of mourning. Sincerely, Jessie.

Deal Illanit and the Semberov family, I was saddened to read about your loss. My sincere condolences.

Dad, I can’t imagine a world without you in it! Seven months ago the world as we know it ceased to exist. Covid plagued us. Simultaneously my father was diagnosed with a very serious & aggressive illness. It was warrior mode time. My dad soldiered through like the fierce fighter that he has always been. I was his advocate. His shadow. His quarterback. I knew every player and prepped for every play. I never left his side. My dad, a mechanical engineer by trade (math whiz to boot) was also a boxer once upon a time and a soldier in the Soviet Union army. His training served him well for one of his biggest battles yet. He was a beast- both mentally and physically. His determination, perseverance and relentlessness are just a few of his admirable traits. Val was a down to earth guy who valued the simple things in life- family, friendship, authenticity and honesty. He would always say that a lie had short legs and that a person’s word meant everything. When my father gave you his word, that meant that he would honor it. You can count on Val at any time. He was reliable, selfless and always there for a friend in need. With Val, it was either black or white, right or wrong. There was no grey or in between. You were either a person of high character or you weren’t. My father was also a low key dude. He never needed to be center of attention. He attracted it nonetheless simply because of his humility, brilliance, gentlemanlike ways and wit. His wit was as big as his generosity. Even at the hospital, he managed to inject some daily humor into a not so humorous situation. Nurses would laugh when he complied with “yes boss” and when Val saw his big chemo bag he asked, “Is this all for me?” Unhappy with the nurse’s reply, he cleverly responded, “I can share!” Val was a stand up guy. He was a man of integrity who taught me to be kind, compassionate, empathetic and to treat everyone with respect. He sacrificed everything to give his children a chance at a better life by immigrating to Canada when he was 38years old without any language skills or knowledge of the North American culture. He made his life harder, so ours can be easier. Our phone conversations would always end with Val uttering, “thank you for the call and be healthy.” 😞 He believed wealth equaled good health. How I wish my dad was a billionaire right now. At least he is finally pain free. He was courageous until the end. I love you dad. I will miss our power walks, watching jeopardy & CNN with you (some of his favourites) and lounging on the beach and by the pool together (no one loved the sun as much as he did except for me). I will miss your big smile, your laughter and your wisdom. You were one of a kind and luckily you were mine. Thank you for the million ways you loved us and for shaping me into who I am today. May you Rest In Peace, may you rest in comfort and may you rest in pride and honor. You’ll be treasured in my heart forever. Until we meet again 💔

Sandy and Larry Shadowitz - 21 days ago

Dear Family, We knew Valery from the Berkshire pool in Century Village. He was always smiling and very friendly. He would always offer to get you a chair or move one closer for you. We will miss him! May his memory be a blessing.

Dear Zelda, So sorry to hear of Valery’s passing. Please know that I'm thinking of you and wish you and your family my deepest sympathies.

Shirley and Reuben Spector - 22 days ago

Dear Zelda and family, How sad we were to read that Valerie had passed away. We had no idea how sick he was. We remember when you came to canada in1980 and how happy we all were. We have wonderful memories and we hope that your good memories will help you get through this terrible time. Valerie was a very special man, always willing to help those in need. May he rest in peace and may you and the family have long life, good health and no more sorrow. With heavy hearts ,Shirley and Reuben

Dear Zelda & family, please accept our sincere condolences on the loss of Valery. I met Valery when he was a patient in the dental office I worked in. In Century Village years later, my husband and I met up with Valery and saw him regularly at the pool we shared in Florida. He was a very caring and kind man and will surely be missed by all. Cherish the memories and the good times.......Penni & Gerry

Dear Ilanit Leslie and I are so sad for you and your family on this terrible loss. You and your mother did everything to help your father bear the pain of these past months of his struggle. You are a totally devoted daughter to your parents. Cherish the good memories and may your dad rest in peace. Aggie and Leslie Stark

Dear Zelda, Felix and Illanit Please accept our sincere condolences, we are so sorry for your loss. Valeri was man of principals and discipline, hard worker. Let his sol rest in peace Stella & David Gelerman 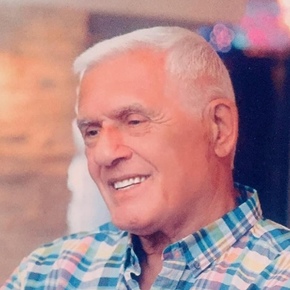 On Thursday, November 12, 2020. Beloved husband of Zelda. Loving father of Illanit and Felix. Cherished grandfather of Danielle. A devoted family man, a loving husband, father and grandfather. Determined to give a better life to his family, he came to Montreal, Canada in 1980 at 39 years old and started his life all over, built a successful career and become a proud Canadian. He will be forever remembered, missed and loved by all the above as well as his extended family in Canada, Israel and the Ukraine. May he rest in peace. A private graveside service will take place.

Leave a condolence for Valery Semberov