Dear Sonia and Family, We are very sorry to hear about the loss of your father-in-law. You and your family are in our thoughts and prayers. May his memory be for a blessing. All our love, Rodi, Michal, Talia & Orly

Steve, Sonia, Michael and Jason, My deepest Condolonces for your father and grandfather, I’m very sorry to hear about the passing of Oser, he was always a very nice man. I know you all and your mom a very long time many many years. Cherish the good times and happy memories you have.

Ida and Oser were kind lovely neighbours. We shared similar survivors’ stories of the holocaust that were so similar. I loved the time that Ida and I spent watching Yiddish theatre at the Segal Centre Rest In Peace old friends.

Stewart and Audrey - 15 days ago

Dear Steven Sonia Michael and Jason We are so sorry to hear about the passing of your father Our thoughts and prayers are with you. Stewart and Audrey

I send my condolences to you and to your family during this time of sorrow. The Bible gives a real hope and it promises that your loved one will soon come back to life in a beautiful, peaceful paradise on the earth. (John 5:28, 29)

Dear Sonia and family, My condolences on your loss. I wish you strength and courage at this difficult time. May your memories be a comfort to you. Binnie

Dear Steven, Sonia, Michael & Jason, My condolences on the loss of your father, father-in-law and grandfather. May G-d comfort you among the mourners of Zion and Jerusalem. BDE

Hello Joseph and Steven, not too long ago your dear Mom passed away, now I am so sorry of the loss of your Daddy. I fondly remember your family when we lived on Ducharme Ave. in Outremont. May Your parents's memories be a blessing for you and your children.

Dear Steve , Sonia & Family My condolences on the loss of your father, father-in-law and Grandfather. May you and your family know , no more sorrow.

Dear Steven, Sonia,Michael and Jason, Please know that you are in my thoughts during this difficult time. Draw comfort from knowing that the care and devotion afforded your father/grandfather surely enriched each and every day he lived . May your family be spared any further sorrow.

Dear Steve, Sonia and family, Our sincere condolences on the loss of your Dad. Our thoughts are with you! May you know no more sorrows. Debbie and Michel

Dear Steve, Sonia, Michael, Jason and your entire family, So sorry to read of your father's passing...and especially so shortly after the passing of your Mother. They were really nice neighbors. Always a friendly hello and they were so proud of their grandsons. The passing of that generation is especially sad because they had lived through so much. May his memory and that of your late Mother be for a blessing. Renee Karp Ed Katz

My condolence to you and your family. We will be thinking of you in this difficult time. Chantal Grenon(SSA)

Dear Steven, Sonia, Michael & Jason, My condolences on the loss of your father, father-in-law and grandfather. May your good memories help during this difficult and challenging time. Lisa 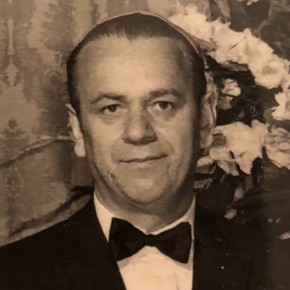 April 26, 1924 – November 17, 2020
“A Holocaust Survivor”
Peacefully on Tuesday, November 17 in his ninety-sixth year.  Beloved husband of the late Ida Talis.  Loving father and father-in-law of Steven and Sonia, Joseph and the late David Gladstein. Proud Zaide of Michael, Jason, Audrey, Sean and great-grandfather of Faith.
Born in Ostrog, Poland, Oser led a full life always making family his top priority. During the atrocities of World War II, Oser was away at Yeshiva when news broke out that his family had perished.  Along with his two brothers, they fled from Poland to Russia.  It was there that Oser met the love of his life, Ida.  While one brother escaped to Israel, the other managed to find his way to New York. Oser and Ida later immigrated to Canada, the best country in the world.  A skilled Master Electrician and successful business owner of Cameo Bakery, he was a hard worker governed by duty, responsibility and a tireless commitment to ensure our stability and well-being.  He leaves a legacy steeped in family values.  He especially enjoyed spending his winters in Florida sunbathing, cherished beach walks, holidays and family gatherings as well as  frequenting the Flea Markets.  Oser will be dearly missed and lovingly remembered by all who knew him.   He was the last surviving of his three brothers
A private graveside service will take place. Special thanks to the staff of 4 South at Maimonides Geriatric Centre and The Jewish General Hospital.  Donations in his memory may be made to The Jewish General Hospital Foundation, (514) 340-8251.
“Rest In Peace Daddy.”

Leave a condolence for Oser Gladstein