Dear Jeff and family, Our deepest sympathies on the loss of your mom. Our thoughts are with you. Sending hugs and kisses. 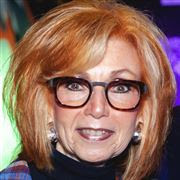