My Mom and I briefly met Isadore a few years ago when he was sharing a room with my father at Catherine-Booth Hospital, and we each kept fond memories of him: sweet, funny, independent, curious, sharing with us parts of his well-lived life and accomplishments. A kind man. Our sincere condolences to his family.

Sandy and Hascal Rosen - 15 days ago

Dear Don and Jean Our Condokences to you on the passing of Isadore. Wishing you Long Life . Sandy and Hascal Rosen/Toronto

Elaine and Mitchell Brownstein - 16 days ago

We are so saddened by the loss of a true friend and mensch. He served on Cote Saint Luc Council for the good of each constituent, getting to know each one personally and always wanting to help and improve their quality of life. He was a proud Veteran and loved Canada. Your eulogies today were very moving, perfectly capturing his love of family, community and country. Kindness, caring and simply being nice to others the way Isadore was, is so very rare, but came so naturally to him. He will be missed and thought about often.

Dear Donny and family, our deepest sympathy for your loss. Issa was hard worker and a straight shooter. A councilman who put the city first. Always concerned about his constituents. Rhoda and I will miss him.

I was so very saddened when I read that my dear friend Isadore passed away, we were friends for so many years until I moved away from Montreal, Good-bye Old Friend, Rest in Peace Sincerely, Marsha Schaffer (Liberman) Fort Lee, N.J.

Dear family: My deepest sympathies on the sad loss of Isadore. He was a wonderful person. May he RIP. L

With deepest sympathy on the loss of Isadore, a gentleman who my late husband and I respected very much. Malvina

Isadore was a most pleasant person. We often met in shul (the Chevra) and discussed issues like community needs, or municipal politics and other such topics, close to both our hearts. May his memory serve as a source of comfort to the family. Miriam Cohen

Fran and Seymour Kula - 17 days ago

Dear Don, Jean and Family, our deepest sympathies to you on the loss of Isadore, a loving brother, brother in law and uncle. I remember playing hockey with him years ago, He was a great player. It was a pleasure doing business with him. He always was a true mensch and gentleman in sports and in business.I worked with him when he ran for election as City Councillor of Cote St. Luc and admired him for his honesty. May his memory be a blessing to us all. Fran and Seymour

Ricky and Jack Trottenberg - 17 days ago

To Don and family, we send our deepest condolences. May you be spared any further sorrow.

Dear Don, Jean and family, My mother Rae and I were so saddened to hear of your great loss. Isadore was not only a good friend but was considered a part of the Linetsky family, going back to the early years on Esplanade and Jean Mance. We have fond memories of Isadore attending our many family occasions. My mother enjoyed their conversations both in person and on the phone. He will be greatly missed. Our deepest sympathy at this difficult time. Fondly, Rae Cohen (Linetsky) and Abi

Dear Jeannie and Don, our sincere condolences on the loss of Isidore, Judy and Irving

Our condolences to the whole family. I have had occasion in the past to deal with Isadore when he sat on the CSL city council and he was most helpful.

Dear Don & Jean Our condolences on the loss of your brother. May you be comforted among the mourners of Zion Luni {CJCS]

Contrary to what the song says, not only the good die young.

Linda and Barry Jaslovitz - 18 days ago

To the Goldberg Family May your fond memories of Isadore sustain you through this difficult time.I had the pleasure of knowing Isadore during his years on the Cote St Luc Council and he genuinely cared for his community.

dear don, jean, and family; our sincere condolences on the passing of Isadore, a loved and respected family and community member. his personal service, on many levels throughout his lifetime, speaks volumes of his selflessness and the respect of those whose lives he touched. he will be missed. sandra and saul.

Tamara and Philip Greenberg - 18 days ago

Dear Don, Jean and Mitchell We offer our sincere condolences on the passing of your brother and uncle. His memory will be a blessing for the whole family. Tamara and Philip Greenberg

My sincere condolences on the loss of Isadore. I've known him going back to Branch 97 Cdn Legion where we always worked together and with my parents Joe and Miriam. Then when he was a council.or. May you cherish the good memories. Baruch Dayan H'Emet Amiram

Dear Jean Don & family, wanting to send you my deepest condolences on the passing of Isidore. I know how much he was loved and. respected by all the kids. fondly, Frances

My husband Sammy Pinsky and I wish to extend our sincere condolences to his brother Don and extended family. I had the pleasure of knowing Isadore throughout his 20 years as Councillor for the City of CSL and also as a neighbour in our building on Macdonald. He did care deeply for what he stilled called his City. May the family be spared further sorrow. 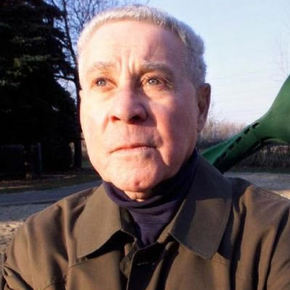 It is with great sadness that we announce the passing of Isadore Goldberg on Tuesday, February 4, 2020, in his sleep, after a brief illness. Isadore was the seventh of eight children of the late Rebecca and the late Jack Goldberg. Dear brother and brother-in-law of Don and Jean Goldberg, and predeceased by his brothers, Ben, Moe, Syd and Saul, and sisters, Sally and Debbie. Isadore will be deeply missed by his nephew Mitchell (Monica), niece Joy (Joe), as well as by his great-nieces and great-nephew, Jaclyn, Naomi, Sabine and Matthew. Predeceased by his lifelong friends, Hyman and Lou Lenetsky.

Isadore left a legacy of devotion to the city of Côte Saint-Luc, where he served as a municipal councillor for twenty years. A WWII veteran, he volunteered at the age of eighteen, served in the Canadian army and was stationed in England for three years.

Leave a condolence for Isadore Goldberg