Philip and Tamara Greenberg - 19 days ago

Dear Michael and Marion Please accept our sincere condolences on the loss of your sister Carole. Tamara and Philip

Dear Audrey, Marc and Lorraine, I was so sad to hear about your mother. I too have so many fond memories of her, and your dad, enlivening Vermont evenings as part of my parents' circle of friends. You always knew that with Carol you'd get frank conversation, always an interesting take on life, the great cakes everyone has mentioned, the generosity and the wonderful pottery, sometimes a sneaky cigarette together outside in the bracing cold. But always, unfailingly, you'd find someone who would take an interest in what you were doing. Your mother was a woman of strength and that always struck me since I was a child. My thoughts are with you all.

J.J. and Barbara extend our deepest condolences to all of Carol's family. The time spent with Carol left an indelible memory of her animated and inquisitive participation in the Study Group Chen, her keen interest in bridge, not to mention her flair for baking and gardening and above all her genuine sincere and candid nature. She will be missed.

Dear Audrey, Marc and Lorraine, Deepest condolences to you and the family on the passing of your mother. I do have fond memories of our families sharing fun and celebrations in Montreal, particularly at parties and holidays at the Shaar Hashomayim. Your mother Carol was one of my mother Barbara's closest friends. Your mother had a good sense of humour and was warm hearted. I have good memories of coming to your house for family dinner in Montreal in 1982 while my family was in Israel. Be well. Sympathies from me and Terry.

Judi and Jeremy Cohen - 22 days ago

It is with great sadness that we learn of the passing of Carol. When I first got married and moved to Montreal. Carol was Jeremy's supervisor for his SW placement. She became more than a supervisor, a mentor for us both. My first time on skis was when she invited us to their country house in Vermont. The differences in our ages didn't matter. She and Herman were gracious hosts and we had a great time. Her memory will be a blessing to all who knew her. May the family be comforted among the mourners of Zion and Jerusalem.

David and I send all the family our deepest sympathies. We spent many good times in Vermont with your parents, and we even had a very special time with Carol in Montgomery last August. Fondly, Dawna and Dave

Dear Marion and Michael, I was so sorry to learn that Carol had passed away. Thinking of you and wishing you long life.........love, Gloria

To the Kremer and Usher families - my condolences on the passing of Carol. May the many fond memories comfort you at this time. Mark

Dear Family of Carol. We wanted to share with you that Carol was a beloved member of study group CHEN at the Shaar Hashomayim for over 50 years. Carol and Herman were original members and as such formed an Integral part of the leadership and well-being of the group. Their contribution can be measured by the fact that 50 years later our group is still functioning although We shall greatly miss Carol at future meetings. Carol loved the study group and the study group loved Carol. You might say it was a perfect match. When a group meets for over 50 years, every second week, and Social relationships evolve into very close bonds. Over the years we have lost eight men in our Group but Carol is the first female. The eight men that we lost remain very close to our hearts and Carol as the first female will never be forgotten. May Audrey, Marc and Michael be blessed among the mourners of Zion and Jerusalem. May the extended family and friends be comforted by a life well lived. Irene and Stephen for Study Group Chen.

Dear Mark, Audrey, Lorraine and family, we were so sad to hear of Carol's passing. Her presence in Vermont always made our visits that much more enjoyable! Whether it was to visit her dog, sample her delicious baked goods or take a tour of her studio and see her lastest pottery. I remember many chats about social work and psychology early in my profession, but it was our discussions about personal relationships that showed me what a good and kind person Carol was. I will miss her direct humour, forthright attitude, and her genuine warmth for others. I am so sorry for your loss, made especially more pronounced under the current circumstances. Stephanie Gerstein Schecter

Dear Marc , Lorraine, Audrey and family , We are so saddened to know of Carol’s passing. Her death at this most difficult time must be so hard for you all. Our parents had been close for so many years, dating back to living on Claremont. So many memories between Montreal, Vermont and Their travels together. We have wonderful memories of Carol... and the warmth she shared with us . We send our deepest condolences. Much love Deborah , on behalf of all the Backman’s. Xox

Dear Audrey,Marc and Lorraine, Our deepest sympathies on the loss of your Mother. We remember fondly our days in Vermont, where we shared many dinners, parties, and good times with Carol and Herman. Fun, sometimes zany, but always warm. We are sorry that we cannot visit with you at this time, but our thoughts are with you, Froma & Notm

Heartfelt sympathies, Audrey, Marc and Lorraine, Michael and Marion, and Family. Carol was a Dear, Lively and Loyal Friend. So glad she was able to pursue her dreams in Vermont. Love, Helen

Dear Marc, Audrey, Michael, Marion, and all the extended family: My deepest sympathies on the passing away of Carol. She and Herman were close friends of my parents for all my life. In fact, one of my earliest memories is of the 4 of them playing bridge in our living room. Audrey babysat for us on occasion, and I grew friendly with Marc, and have him to thank for introducing me to the Kinks, still one of my favorite bands. Carol was always fun to be around because she spoke her mind and had an edgy sense of humor. I am sorry for your loss, and sorry that we cannot be with you for shiva at this surreal time we are living in.

Bill and Eliane Gerstein - 24 days ago

Dear Audrey and Marc, it was a great shock to learn about your mother's defeat in this horrible virus battle. She overcame so many obstacles and always with good humour and choice words and I was hoping we could some day in the future celebrate our joint 85th birthday as we did so many times in the past. Such an intelligent, warmhearted and proud wife, mother and grandmother has preceded us in our slow march to the inevitable but we will cherish our memories of dinners, parties, games and good conversations over the many years of friendship. We are very sorry for you and Michael and Marnie so far away but you will be in our thoughts until we can properly celebrate her life with you. She was a great woman and a fun friend, may she rest in peace.

My deepest sympathies for your loss. I have many happy memories of chatting with Mrs. Kremer over the years, she always made me smile and laugh. 💛

Hey Marc and Lorraine, we are so sorry to hear about Carol, she was the last of a great legacy, her along with Herman were a fantastic couple! Herman was like a dad to me, and Carol was always there to support and straighten out Herman when needed. I wish you all my sympathies and regret not being able to give you these sympathies personally in this time of the Covid. May God bless you all! Take Care. Rob & Paula

Bluma and Mark Rosenstein - 24 days ago

To Carol's loved ones, we were so saddened by Carol's passing. We lost a dear friend and stalwart of our Shaar Chen study group for almost 50 years. What a character! Feisty, outspoken, independent--she said what she thought and meant what she said. Immensely entertaining. Made great rhubarb cake. We'll miss her. Bluma and Mark

Dear Marc and Lorraine, Audrey, Michael and Marion We saw Carol infrequently in her last few years but we have wonderful memories of our 40 plus years in Vermont. We were a small Montreal group who spent every weekend as well as holidays together. We remember fondly the wonderful parties that Carol and Herman hosted in their home. She fed us beautifully and then we all sat around telling jokes and border stories. Her death at this most surreal time must be inexplicably difficult for you and we send you deepest condolences. Randi and Marvin

Dear Marc, Lorraine, Audrey, Michael & Marnie & family. My sympathies on the loss of Carol - she truly was a pillar of strength for so many years. She will be missed - especially at our family seders. I am sending everyone a big virtual hug.

Annette and Michael Shevell - 25 days ago

Dear Marc We are so sorry for your loss. Your mom was a woman that once met, one never forgot. May you and the family be spared any further sorrows. With love Annette and Michael 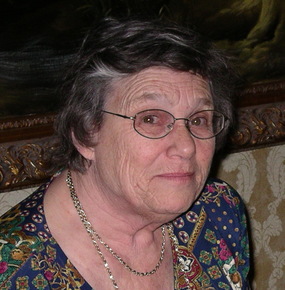 Peacefully, after a short illness, on Thursday, April 30, 2020, just shy of her eighty-fifth birthday. Beloved wife of the late Herman Kremer for sixty-one years. Devoted mother and mother-in-law of Audrey Kremer of Arlington, Virginia, and Marc Kremer and Lorraine Fischer of Washington, DC. Cherished grandma of Michael and Marnie Kremer. Dear sister and sister-in-law of Michael and Marion Usher of Washington, DC, and sister-in-law of William (Bill) and Vera of New York. Carol was an accomplished social worker and known for her intellect, humor, cooking and gardening, and love of Vermont. She will be dearly missed by her nieces and nephews, extended family, and wide circle of close friends. The family extends their sincerest thanks to the Jewish General Hospital staff for their exceptional care of Carol, and who were the eyes, ears, and hearts of her family who could not be with her. A memorial service will be held at a later date. Contributions in her memory may be made to the "Carol Usher Kremer Memorial Fund" for the School of Social Work c/o McGill University, (514) 398-2787.