Dear Larry, Cheryl, Linda, and Alan, I have always adored my Aunt Shirley. Her beautiful smile, her optimism and intelligence, talent and wisdom have left an indelible mark on my life. I am so sad about her passing yet I know she made the world a better place. Our many lunches and dinners even in recent years were always a joy. I felt honored to be in the presence of her beautiful character. Rest in peace, my special Aunt Shirley. May her memory be a blessing. "

Aunt Shirley was the pride & joy of her US family. She was talented, intelligent, funny & warm. She came from humble beginnings in Brooklyn, New York. First generation American, first in her family to attend Brooklyn College, an accomplished pianist(performed in Carnagie Hall) , avid reader & knitter. Witty, funny, intelligent & charming are just a few of her redeeming qualities. Knew all the answers to the questions on TV Jeporady! A stellar role model to her two younger sisters. Shirley always had a smile, a nice word , a joke & a song in her heart. Whenever you saw her, you always left wanting more! She will always hold a special place in our hearts!"

Cheryl, Linda and family we would like to offer our sincere condolences to you and your family on the loss of your mother. She was a dear, sweet lady and a real pleasure to have known her. May she rest in peace.

To Larry and entire Friedman family. Our most sincere condolence on the treasured loss of a wonderful lady. May cherished memories sustain everyone at this very difficult time.

We are very sorry to hear of Aunt Shirleys passing . She was a very lovely lady and we enjoyed our brunches together and she will be missed . May she Rest In Peace Gerry & Hedy Goodin

To the Friedman Family: Our deepest condolences on the loss of Shirley. Shelley and Stanley Schulman

Dear family! I have the warmest childhood memories of my Aunt Shirley (my mom Ellie’s sister). She was bubbly and sweet and funny. Sending your entire family all of my love from California.

Larry, Cheryl, Linda and Alan.I will always gave great memories of the summers we spent together in Plattsburgh. I remember your mom as a caring warm person that always made me feel welcome in your house. Please accept my sincere condolences on your loss Mark

Dear Cheryl and Linda and family So sorry to hear about the loss of you beautiful Mom. She was a lovely, bright and beautiful woman. So glad to have known her!

Dear Roby, Carey, Tawn, Chelsea . Larry & Family, I am so sorry to hear about your loss. This has been a dificult time for all to spend time with family. I want to send you all our love and condolences. Try to remember the good times and moments.

Dear Friedman family, My deepest sympathies on your loss. I have many fond memories of your family, going to your house, playing on the street & visiting with extended family. Remember the good times. Joyce

Dear Cheryl, Larry, Linda and Alan, Sending you my sincere condolences. Your mother was a doll, that is my memory of her , along with many fond memories growing up on Alpine Avenue. Thinking of you at this difficult time. Ann Glazer Lassner

Dear Friedman and extended Family: So many stories and good times flashed before my eyes reading this morning about Shirley’s passing. She was different in the fact she had an American accent which I thought was cool at the time. Shirley ran a household full of kids ( her own) and the neighbourhood kids on Alpine. I wish I could give all of you a hug and relive those times we shared so many years ago. Rest in peace Shirley. You left us with so many fond memories. Respectfully Brian Glazer

Dearest Robyn, Tawn, Carey and Chelsea, my deepest sympathies on the loss of your grandmother. I remember her as a very sweet lady with a soft voice. Hopefully you can indulge in happy memories of times shared with her.

Dear Friedman Family; Sending my condolences on the loss of your mother, grandmother and great grandmother. Memories of your visiting your home on Alpine. We had a common Aunt Ruthie and Uncle Hymie. My parents were the late Naomi and the late Harry Karpman on Pinedale. May her memory be a blessing. Sharon

To the entire family, sorry to hear of your loss. Memories of our parents times together, especially my mother & Shirley are brought back. May these memories be a blessing at this time

Shirley was a lovely person who lit up the room, helped my parents immensely during their time of need and was just a joy to be around. I will miss her presence in this world. My sincere condolences. 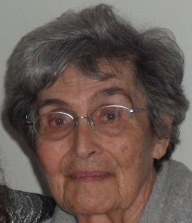 Our mother Shirley was an absolute doll. Anyone who ever met her fell in love with her spontaneously just from hearing her name and seeing her smile. She was fun. She had a wonderful sense of humor and a positive upbeat outlook on everything. She was someone to be both proud of and adored. And in her own words, my father treated her like a queen. She was very intelligent and could talk to anyone even the biggest intellectuals. She had such a phenomenal memory that she could tell stories about extended families remembering everyone and how they were related to each other. It was fascinating to listen to her speak. Beyond that, she was the most amazing listener, and when she asked questions she was inspiring and insightful. She could have been a psychologist. She was also the most contented person ever, always satisfied with whatever situation she was in. She had an appreciation for the arts and loved to play piano and attend classical music concerts. She was a wonderful friend who chauffeured her friends around and went out to eat with them. She never had a bad word to say about anyone. In her senior years, she loved to exercise 1.5 hours 5 days a week at the King David which gave her such a good quality of life. Most of all she had an amazing attitude that we could all learn from. She was as beautiful as a movie star when she married our father and looked great even at 95. She will remain indelibly in our hearts and deserves to be honored today on Mother’s Day because she was the most wonderful mother!

Peacefully, in her ninety-sixth year on Friday, May 8, 2020. Wife of the late Hyman Friedman. Beloved mother and mother-in-law of Larry, Cheryl, Linda and Richie Pollock, and Alan. Cherished grandmother of Robyn Friedman, Carey Friedman and Raymonde Benistri, Tawn Friedman and Jason Galbraith, Chelsea Friedman and Nick Amato; Joey, Aryan and Chaitanya Musacchio; Shira and Hadara Friedman. Proud great grandmother of Chaim David and Gabriella Friedman; Archibald and Lexington Galbraith; Matteo, Leah, Elio and Myia Amato. Dear sister and sister-in-law of the late Eleanor and the late Al Gross, the late Pearl and the late Jordan Finkelstein and sister-in-law of the late Bertha and the late Mac Simcoe, the late Ruthie and the late Harry Goodin, the late Rosie and the late Harold Cohen, the late Shirley and the late Myer Koffler. Shirley will be fondly remembered by Marilyn Rubin, John Musacchio & by her wonderful nieces and nephews in Canada and the USA. Special thanks to all the staff and residents at the King David and especially to Anna and Rosemarie for always making sure she was attended to graciously and with so much love. Contributions in her memory may be made to the charity of your choice.

Leave a condolence for Shirley Friedman