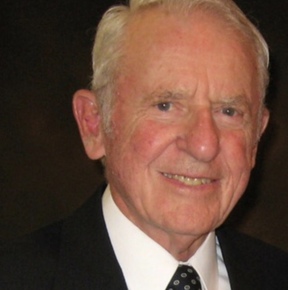 On May 6, 2020 at the age of 93, in Rochester, New York. He was predeceased by his parents Esther and Bentzion Eisenberg. He is survived by his devoted and loving wife of 62 years, Anna May (Cohen) Eisenberg; four children: Dr. Mark (Dr. Louise Pilote), Dr. Baruch (Malkie), Amy (Dr. Jack Folbe) and Rabbi Serena (Dr. Yaron Simler); twenty-one grandchildren: Sarah Leah, Ariella, Elisheva, Elie, Eliana; Rabbi Yoel (Chaya), Rabbi Bentzion (Rivky), Rabbi Shlomo (Liba), Adina (Mordechai Rauch), Esther (Dovid Axelrod), Hillel (Malkah), and Doniel; Aaron, Elana, Jonah, Aidan; Eitan, Coby, Adam, Michael (Maya), and Ben (Shannon); and seventeen great-grandchildren: Chaviva, Yechiel, Yaakov, Avigayil; Akiva, Avi, Elisha, Raizel; Tzvi, Zahava, Binyamin; Meira, Ezra, Yehuda; Teagan, Gabriel and Liora. He is also survived by his brother Allen (Caryl) as well as many nieces, nephews, and cousins. The family is extremely grateful to Lynette who was David’s special friend during his final years. David was born on April 14, 1927, in Rochester New York. He grew up during the Depression living with his family above his parents’ dry goods store on Joseph Avenue. He graduated from Ben Franklin High School in 1945 and immediately enlisted in the US Navy. He trained as a radio technician in preparation for the invasion of Japan. His training took him to the Great Lakes Naval Training Center and then to California where he was discharged in 1946 attaining the rank of Seaman First Class. David attended Cornell University on the GI Bill where he majored in Chemistry. He went to medical school at the Cornell University Medical College in New York City and then did a Residency in Internal Medicine at Strong Memorial Hospital (University of Rochester) as well as a Fellowship in Gastroenterology at the Boston VA Medical Center.
In Boston, David met Anna May Cohen from Middletown, Connecticut, who was studying nursing at Beth Israel Hospital. Following their marriage in 1957, David and Anna moved to Rochester to start a family and to set up a medical practice. David was much loved by thousands of patients and their families. He practiced for more than 30 years. As an empathetic internist and gastroenterologist, he exemplified the highest ethical and medical standards. David was on staff at both Highland and Strong Memorial Hospitals. He taught scores of medical students, including his two sons, Mark and Baruch. David served as the president of the Rochester Society of Internal Medicine and was on the boards of multiple professional associations. David read widely. He loved to read his medical journals, as well as history books and anything to do with Israel and Judaism. He was fond of music and often listened to the opera. He was a sportsman and highly valued health and exercise. He was a regular at the Jewish Community Center from his teens until his late 80s. A competitive athlete, David loved to ski, play racquet sports, golf, swim, and sail. He was humble, adventurous, hard-working, devoted to his family, and heavily engaged in community service. He enjoyed camping and outdoor activities. He was a Boy Scout, a counselor at Camp Seneca Lake, and he loved to sail the family boats on both Lake Ontario and Canandaigua. He was an avid traveler, making voyages all over the world with Anna over the course of many decades. For David, Judaism was a lifelong source of meaning and duty. He grew up in an Orthodox home and was connected to Judaism and Israel throughout his life. He was the president of both Hillel and Sigma Alpha Mu Fraternity at Cornell. He served as the president of B’nai Brith in Rochester and was on the boards of the Jewish Community Center, Temple Beth El, and the Jewish Home. After retirement, he was a regular at the Temple Beth El minyan where he often led the Shacharit services and chanted the Haftorah. He also sang in both the Rochester and Sarasota Jewish chorales. He was an outstanding role model, husband, father, grandfather, and great grandfather. He will be deeply missed. Contributions in his memory may be made to the Temple Beth El Kiddush Fund (139 Winton Rd. S. 14610), to Jewish Senior Life (2021 Winton Rd. S. 14618), to Beit Haknesset HeChadosh (19 St. Regis Dr. 14618), to the Jewish Community Center (1200 Edgewood Ave. 14618), or Chabad of the 12 Corners (1037 Winton Rd. S. 14618).