Dear Family, Our sincere condolences for your loss. Sam's unique sense of humour and kind heart will never be forgotten.

Dear Fred and family; Heartfelt condolences on the loss of your brother-in-law. My thoughts are with you. Warmly, Marlene (JGH Volunteer)

Dear Norman and Joshua, we were so sorry to hear about the passing of Sam. We know how good he was to both of you. He was a very caring person. May you cherish all the wonderful memories you have a Sam

Dear Norman, Josh, Jessica, and Fred, my deepest sympathies for the loss of Sam. He was a breath of fresh air, and had a heart that could fit the whole world. He was a gift from G-d to so many people, whom he helped in so many ways. May his memory be a blessing and may his soul rest in eternal peace.

Sam was a wonderful and unique person. He cared for everyone and had a way of making everyone around him feel comfortable. He was a fixture at our early morning minyan and it was an honour and pleasure for me to read the Levi Aliya for him. I am going to miss the early morning pre-minyan conversation and joking around with Sam. Our community was privileged to have him with us.

Sam was a kind and generous stepfather to Joshua and Norman. He was a really good friend; we spoke every day, and if we didn't phone him, he would phone us. We are very sad and will miss him very much.

Sam was a very kind person. He was witty as well with his jokes that he would say to us when he used to come to Shomrim Laboker. Rest in peace Sam. B.D.E.

Sam was a one-off, a unique individual. Through thick and thin, he was upbeat and smiling, except after the loss of his beloved Cheryl - that was a terrible blow. But he did not let adversity get the better of him, in fact he managed to turn it into an opportunity for a mitzvah. He was generous beyond measure. My image of Sam is him on his scooter, tearing to Shul in the twilight. We send our deep condolences to Norman, Josh, and Fred.

Dear Norman and Josh, When you enter a synagogue, you do so in pursuit of spiritual connection and awakening. Sam and Cheryl became our close friends during trying and difficult when first Sam and later Cheryl were battling their respective illnesses. Sam and Cheryl were hidden gems cloaked in external façades of brashness and meshugas (craziness). We will never forget the hours spent together in the hospital and our journey together to New York for Reuven’s wedding. We shared times of laughter and times of tears. Sam and Cheryl were spiritual soulmates. They fulfilled the essence of holy matrimony: Ani Ledodi Ledodi Li - I am for my beloved and my beloved is for me. Sam adored Cheryl and Cheryl adored Sam. Sam embraced Cheryl, her sons and her brother, Fred. Baruch dayan emes- May Cheryl and Sam be joined together once again the world of truth. Bluma, Eliezer, Sarah and Reuven Turgel

Sam was a friend, met through a friendship with Fred Arshoff. Now Sam may be reunited in love with those who have passed already, like Cheryl. I wish all the best for Norman, Joshua and Jessica, and Fred. Peace. Shalom.

Dear Family: I just learned of Sam's passing. I will miss seeing him in Shul every Saturday. He was a fine gentleman. My deepest sympathies. Bernie Spector

Dear Fred, Norman, Josh and Jessica, Our deepest condolence on your loss. Sam was a wonderful, kind, giving, and loving man. May his memory always be a blessing.

I am saddened to hear about Sam's passing. He was a friendly face in our shul and at morning minyan. I will miss Sam's jokes and kibitzing at kiddish club. BDE.

I will never forget Sam. He shared the room at the JGH with my father and was so patient, so kind in sometimes trying circumstances. The two of them also shared many laughs. What an example of genuine chesed! May his memory be "forever green and rich",and a comfort to his family."Miriam Cohen

My condolences to the entire family on the passing of such an engaging character.

My condolences to the entire family. Sam was truly a special person and he will be greatly missed. Sincerely, Ian Cytrynbaum

I am very saddened to have heard about Sam’s passing. He was very special to all of us at TBDJ. He brightened up the minyan she attended regularly and was always friendly and warm. His face wore a perpetual smile which reflected what was in his heart. I will miss dear Sam. BDE

Norman, Josh and family, I'm so sorry to hear of Sam's passing. I just spoke to him on the phone a few days ago and he told me he was getting better. Sam was a true mensh. I really liked him alot and I will miss him greatly. Baruch Dayan Emes. May he rest in peace. And may his memory and all of the good deeds he did be for a blessing. May Hashem comfort you amongst the mourners of Zion and Jerusalem.

Sam would make fun of me for writing this: It is not often in life that you run into a person like Sam Kuperman. Sam was a funny, loving and generous man. He opened his heart, his wallet and his home to people who needed it, he cared about his friends and the people around him and he was forever dedicated to the love of his life, his late wife Cheryl. Sam and I were friends. We would talk a lot and when I was sick and not attending synagogue for a prolonged period of time, it was Sam who called and sent me Facebook messages to see if I was alright. When my father died a few years ago, it was Sam who called me and offered to help in any way he could. He continuously called me during the shiva, asking if meals were covered, if there was any expense or anything he could help with. Not because he was obligated, but because he cared. Sam was brash, loud, boorish at times, but he had a heart of gold. The charity work he did, even when he wasn’t healthy himself, the physical effort he put into things and the dedication to his family is his legacy. If we all helped even a quarter of the people Sam helped in his lifetime, without the expectation or desire of recognition, we would be as great as a person as Sam was. Society has lost a hero. I will miss my friend. I will miss our long drawn out conversations, our short internet chats and the belly laughs we shared every week. I’ll miss his voice, his dirty joke of the week and all the other things we shared as friends. He was a good guy, I’ll miss him a lot. May all his family, extended family, friends and acquaintances be comforted among the mourners of Zion.

Dear Norman, Josh, Jessica, Fred and family: I am very saddened to hear of the untimely death of Sam. I cannot picture Sam without a smile on his face and a twinkle in his eye. He was always joking with everyone, just having a good time. He never complained, even with so many hardships. He will be missed. My sincere condolences.

Dear Josh, Norman and Fred My family and I send our condolence to you all. Sam used to make us always laugh every time we saw him. From the Pleet's and Issley family

B'H There was a deep kindness in Sam Kuperman and an earnest desire to connect to everyone. He lived fully in his love for Cheryl and his memory of her. Sam lived by duty which gave him significance ;his efforts are G-d Blessed.

Dear Norman, Joshua and Jessica, My deepest condolences on the passing of your beloved Sam. Cherish all the fond memories you have to help the healing process. Now he has gone to his eternal home, in peace, to be with his beloved Cheryl. May you all be spared from further sorrow. Alyne

Dear family, I knew Sam from shul, and he was such a nice and gentle mensch whenever we would speak. May you hold on to all the good memories of him.

Sam, I always said you are a special guy, in Shull he was a fixture, nothing bothered him, always with a smile or a joke , the most precious time for him was when he would sponsor kiddiush for he’s beloved late wife, him and Fred we’re always there Sam I’m going to miss your driving up and down Baily on your electric wheelchair that I used call your Ferrari BDH

My condolences to the entire family

To Fred, and the Friedman; My condolences on the loss of your beloved Sam. Baruch Dayan Ha'Emet. Leslie.

Rachel and Issie Shanfield - 16 days ago

We are deeply saddened to hear of the passing of your dear father and uncle, Sam Kuperman. He was a fixture at the daily and Shabat minyanim at TBDJ and was devoted to the memory of his late wife, always making an exemplary kiddush on her Yahrzeit. May his memory always be a blessing and an inspiration. With deepest sympathies, Rachel and Issie Shanfield

To My Two Sons Norman and Josh, my deepest sympathies on the loss of a beloved man - Sam Kuperman. He was a brother to me. His compassion and the way he looked after my sons were nothing short of wonderful. He was a second father to Norman and Josh. Both Sam and I would talk to one another and would do whatever it would take for the kids. Sam was never an adversary to me or the kids, but a true, thoughtful gentleman, and wonderful man with a pure Heart and Soul. He was a giving, caring, forgiving man, who would always give to the people who were very dear to him. Not only did his passing took a part out of me but I also feel very sad to both Norman and Joshua as they also had lost their father as well and I - a brother. May his Soul be at peace as he now enters the gates of Heaven and his reunited once again with his late wife - Cheryl Arshoff Kuperman in their next journeys and paths together. R.I.P Sam😢!

Hi josh and Norman. I was saddened to hear about Sam. I'll never forget how he was able to make us laugh at Passover dinners. He also took me in for a few days after my surgery a few years back because I couldn't take the stairs in my building. Peace.

I’ve known Sam for few years now also been Very close to both josh and norm I’ve the years are parents been Close to ya Are condolences to you guys ... Sam Wil be missed dearly by my wife and I . 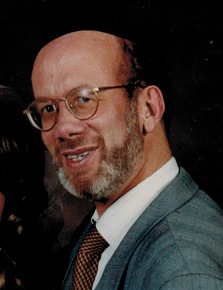 After a brief but courageous battle with heart problems, on Sunday, June 21, 2020, at the Jewish General Hospital. Predeceased by his beloved wife, Cheryl Arshoff Kuperman, in 2012. He leaves to mourn his stepsons Norman and Joshua Fried, and Joshua’s wife Jessica, his brother and sister-in-law, Irving and Eveline; his nephew and nieces, Nathanel, Esther and Roxanna; and brother-in-law, Fred Arshoff. Sam also leaves many lifelong friends who enjoyed his generosity, hospitality and sense of humour. Sam was an active member of the Jewish community and often spent time visiting members of his synagogue in the hospital, cheering them up with his jokes and stories. Family was the most important element in his life. Some of his proudest moments came at the bar mitzvahs of Norman and Joshua and at Josh and Jessica’s wedding last summer.

Leave a condolence for Sam Kuperman