Dear Elise, Ronnie and Family, We send our deepest condolences on the loss of Adam. It was a true pleasure to have gotten to know him and worked together for 20 years. He was a great communicator with the ability to understand difficult problems and solve them with a friendly, profound and gentlemanly demeanor. We will always be grateful for his consultancy, wide knowledge he shared with us and lifelong experience that taught us so much. Our hearts go out to you in your time of sorrow. May his memory be eternal. The Horstmann Family

To the Herzig Family: Our prayers are with you. My mother, Rose, misses the weekly phone call from him, and always cherished his friendship. I remember him saying Kaddish for my father, Benjamin, for the year following his passing and for that I have a deep respect for him. We will see him again in the future.

Dear Elise, Ronnie and Family, Our deepest condolences on such a profound loss. The expression "a gentleman and a scholar" certainly described your late father well, but it is incomplete, as he was that and so much more. He was a loving husband, father, grandfather and friend. He was also a mentor and source of wisdom to many who had the privilege of knowing him. He will be sorely missed by all. May his memory be a blessing.

Adam was a great friend and role model. He went to temple every day to pray for my wife while she was ill and called for updates. He is missed but Anna is happy to be united with him again.

Dear Elise. Ronnie and family and Shore families We are deeply saddened by the loss of Adam. He was an enormously talented, industrious and lovely man who truly loved his family. He was giving, warm, and caring and of high integrity--all characteristics that the entire family carries forward. We are thinking about you and your big loss. Much love, Debbie and Howard

Dear Elise,& family, I was so sorry to hear of your father's passing. While I did not know him personally I know from my children what a fine, intelligent man he was & how much he was loved by you & respected by everyone who knew him. May you be comforted by your fond memories - Betty

Mona and David Frank - 11 days ago

To the entire family, we send you our deepest condolences on the loss of such a sweet and gentle soul. May the memories garnered through the years, give you all a measure of joy and give you pause to smile and ease you through the difficult days ahead.

Elise, Ronnie, Jack, and families, Our hearts go out to you at this sad time. Adam and my dad were friends for at least 20 years. I come to know Adam through my dad. I was so grateful to Adam for his phone calls, encouragement, and support during the last months of my dad's life. I feel honored and blessed to call your dad, my friend! Praying GOD gives you solace during this difficult time.

Dear Michel, Jacques and Family, Our sincere condolences on the loss of your beloved uncle. We know he was cherished by all and will be dearly missed. May your good memories bring you a measure of comfort at this difficult time.

Marylin and Morrie Schactman - 12 days ago

We are so saddened by the loss of Adam a man among men. He reached out to all, loving life and a giver of love, advice and guidance. He had touched our lives in many ways and will be missed. We send our love to the entire family sending virtual hugs and kisses.

Dear Elise, Ronnie and family, We were so sorry to hear of the passing of your father. We are thinking of you and wish you much strength during this particularly difficult and challenging time. May your father’s memory be a blessing for all those whose lives he touched. Hamakom Yenachem Etchem Betoch Shaare Aveilei Tzion V'Yerushalayim.

Irwin and Ariela Cotler - 12 days ago

Our deepest condolences on the loss of you if this special man - Adam - that was -as his name indicates- an Adam- A mensch in the full sense of the word. May your entity family derive strength from his legacy, his big heart , reflected in his big smile. May you and yours know no more sorrow המקום ינחם אתכם בין שאר אבלי ציון וירושלים

Dear Jacques and Donna, I didn’t know your Unlcle Adam, ז״ל, but after participating in the zoom memorial service, it is obvious to me, that not having known him, was my unfortunate loss. His memory will be a blessing for all. יהי שמו ברוך.

To the whole family: While I only met Mr. Herzig once at a family function, he made such a lasting impression. In just that one meeting, he has left me with a memory of someone so cultured, well-spoken, dignified, and charming. My husband, Danny Brotman, always speaks so lovingly and respectfully of Mr. and Mrs. Herzig, He has often told me that Mr. Herzig is one of the most exceptional people he has ever met, and he tells me how honoured he is to have been involved with your family for so many years. I am sure he is not the only one who will always remember Mr Herzig with love and admiration. My deepest, and sincerest condolences on the loss of such a remarkable man. May he rest in peace. Barbara Heller

Dear Elise & Family, How very blessed you were to have Adam as your Patriarch, a true Prince of a man. I cannot imagine, ever again, meeting such an extraordinary human being. He was so humble and dignified yet so brilliant and accomplished. When we met through Mrs. Aichenbaum I immediately saw the goodness etched on his face. We had many long distance calls to discuss how best to care for our friend; his kindness, concern and generosity knew no bounds. He would remind me every year the date to light her yahrzeit candle. How honored I was to be considered Adam's friend and Anne's as well. He will forever be missed and remembered with much love and great respect. Thinking of you at this terribly difficult time. Renna

Sharon and Paul Levine - 12 days ago

Dear Elise, Jack and family, We were saddened to learn of the passing of your beloved father, Adam. He was such a mensch, who will be sorely missed. A warm smile, a great listener, and whose wise counsel and support could always be counted on. May it be of some comfort for you to know that our thoughts and prayers are with you all at this very difficult time.

Arthur and Josie Roskies - 12 days ago

Dear Elise and Jack, Although we knew he had not been well lately, it was still a shock to hear of your dear Dad's passing.I know of the high esteem in which he was held not only by his family but also by everyone with whom he had come in contact.I was amazed by how his advice was sought by the company he headed, even when he was at a relatively advanced age. I recall how your Mom, Hunni, used to praise him as a husband and as a great human being. She was also so solicitous of him, taking care of him, yet she predeceased him. Whenever I met Adam, it was always a pleasant experience: he was a gentle, knowledgeable and a very wise old owl. May his memory be a blessing and may the knowledge that he was so widely respected and loved be a source of consolation to you. Love from Josie and Arthur

Dear Elise, My deepest condolences to you and your family. May your memories be a comfort to you

What a sweet, loving, caring,wise and friendly man he was. My deepest condolences to Élysse,Jack and families .Rickie

Wise. Gentle. Unconditionally loving. Mentor. Irreplaceable. I will greatly miss Adam being at my side even when he was not close by.

Irene and Stephen Lipper - 12 days ago

Dear Michel, Jacques and families. Adam was a brilliant and exceptional man - more than that, he was an outstanding husband, father, grandfather and loving uncle. We know how sadly he will be missed and how difficult mourning is at this time of COVID-19. We shall participate in the zoom funeral; our hearts are with you all. Irene and Stephen

Elise and Family, My very deepest sympathies on the passing of your beloved father. He sounds like a wonderful person who made a lasting impact on those fortunate enough to know him. May his memory be a blessing.

Dear Elise and family, My sincerest condolences. I know you will have many beautiful memories of your dad to support you through the challenging period ahead, but more importantly to carry in your heart into the future .

Dear Elise, Ronnie, Ally, Justin and family: I am so very sorry for your loss. Sending my sincere condolences. I hope you will find strength in the warm memories of your father/grandfather in years past.

Berny and Karin Fresco - 12 days ago

We are so sorry for your loss as a family. Extraordinary kindness, generosity of spirit, spirituality and intelligence were only the start of describing an amazing person. Our prayers and thoughts are with you.

Burney and I offer our condolences to the whole family on the passing of Adam. He was a very special man. He will be missed.

Adam was one of the most dignified friend a person can have. I can only imagine how lucky you are to have had him as a member of your family father grandfather uncle or brother. Dignified because his words and actions were one. His friendship remained rich in memories and gratitude which extended far beyond reality. He was generous and pure with his time and never missed a yiskor for my dad ““ANNIE, light a candle tomorrow for your father“ .I feel lucky, truly lucky to have known him and be part of his circle all these years. I will miss his words of comfort that felt like velvet when times were rough. Today I vow to always light a candle to honor the passing of my tsadic gadol.

Anne and Jerry Tollinsky - 13 days ago

May the entire family find comfort following the loss of this special gentleman. Please accept our deepest condolences. 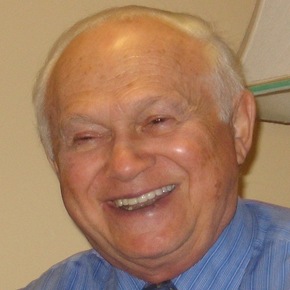 Peacefully surrounded by family in Toronto, Ontario on Tuesday, June 23, 2020 at the age of ninety-five. Born in Jaslo, Poland to the late Jakub and the late Lusia Herzig. Much loved husband of the late Hunni. Devoted father and father-in-law of Jack and Heather Herzig, Elise Herzig and Ronnie Cuperfain. Adored grandfather of Marissa Rachel Herzig, Gavin Brett Herzig; Alexandra Mia Herzig Cuperfain, Justin Joseph Herzig Cuperfain and Orli Dana Bogler. Cherished brother and brother-in-law of the late Dr. Therese Lena Shore and the late Sigmond Shore and the late John Edward Greenberg; and brother-in-law of Tzudyk and the late Finnie Mandelcorn, Elizabeth and the late Lionel Swift, the late Sheila and the late Aaron Shiffman. Loving uncle of Michel and Barbara Shore, Jacques and Donna Shore, Helen and Avrum Schwartz, Reuben and Shelley Mandelcorn, Allison and Jeremy Kanter, Nathaniel and Chaya Sara Shiffman, Zev and Rochel Shiffman, Yaffa and Aaron Weitz. A loyal friend, incredible role model, and trusted mentor who was adored by many, many family members and friends. Will be missed very much by Michael, Michaela and Olli Tilke. Special thanks to Rosetta Ramsay and to doctors, Tim Shapiro, Dan Kolansky, Margaret Lytton, Jonathan Abrams and Russell Goldman for their care and compassion.  Private graveside service took place on Thursday, June 25. Shiva details to follow. Contributions in his memory may be made to the Adam Herzig Memorial Fund c/o JIAS Toronto, (416) 630-6481.

Leave a condolence for Adam Herzig