Dear Nicole, My deepest condolences to you, your Mom, Gerard and the entire family. My heart goes out to you all. I'm so sorry I couldn't be there to hug you. David

Dear Gerard, Darlene, Daniel and Elizabeth we are so sorry to hear of your loss. We hope that your tears of sorrow turn to warm smiles as you cherish all the wonderful memories you shared together Mona,Brian,Aidan and Spencer

To Helene and family please accept my condolences.

Dear Helene, Nicole and Gerard, my deepest and most heartfelt condolences on the loss of your husband and father. Marcel like the rest of you are family to us ever since those days when we first met as neighbors on Kent Ave. There are so many cherished memories that are too numerous to count, of holidays and special events that we were able to share between our two families. Marcel's passion and lust for life were always an inspiration and his passing will leave a huge hole in the lives of those who knew and loved him. To his grandchildren, Jessie, Daniel and Elizabeth, my heart goes out to you. You are so lucky to have had such a loving and generous grandfather. I hope that his memory will last you all for a lifetime. To Helene especially, je t'embrace tres fort!

Dear Helene & family, My deepest sympathy & condolences to you & your family. I'm so sorry for your loss. Love Tara

Linda and family - 13 days ago

Dear Hélène, Nicole, Gérard and rest of family. I am so very sorry for the loss of your dear husband, father and grandfather. He was such as fun-loving man that you could also count on for a good story. I will remember him fondly and never forget some of the great advice he gave me over the years. Paul, Alexandre and Liana join me in offering you our deepest sympathies. We love you. 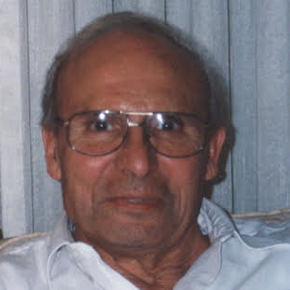 1929-2020
It is with great sadness that we announce the passing of Marcel Bohbot in Montreal on Wednesday, June 24, 2020 at the age of 90. Born in Marrakesh, Morocco on August 25, 1929, Marcel immigrated to Canada with his wife and two young children in 1964. A competitive bodybuilder in his youth, Marcel was known as much for his big muscles as for his big heart. He will be lovingly remembered by his wife of 65 years, Hélène Levy Bohbot, his children, Nicole Bohbot Bellam (Peter Browne) and Gerard Bohbot (Darlene Poirier), his grandchildren, Jesse Bellam (Sarah Becker), Daniel and Elizabeth Bohbot as well as his great-grandchildren, Dylan and Olivia Becker Bellam, and his siblings. A private funeral service will be held on Friday, June 26. Those who so desire may make donations in Marcel’s memory to the Jewish Hospital of Hope Eldercare Foundation, (514) 738-4500, ext. 2124.

Leave a condolence for Marcel Bohbot