Dear Carolyn, Morris and Elyssa. My sincerest condolences. I remember your mom as a friendly lady, always with a smile. I remember she used to come over to my place, she enjoyed my mother's Hungarian cooking, so many fond memories. she will be missed, but not forgotten. May your memories of your mom carry you through this difficult time. G-d bless.

My heart goes out to Carolyn, Morris, Elyssa and family. Take care in these trying times.

Dearest Family , My deepest sympathy . I have fond memories of Miriam from our working days at the zjGzh snd then later meeting up in CSL . She was always ready and willing to have a chat . Miriam was friendly , and likeable and may she rest in eternal peace Very sincerely , Suzanne

Ronit and Avi Jacobson - 25 days ago

Dear Farkas family, , so sorry for your loss, I worked with Miriam at the Jewish, we always had a respectful relationship. Hope your memories will sustain. Marilyn

My condolence to Carolyn and the family

Dear Carolyn, Morris and Elyssa, Bruce joins me in extending sincere condolences to you and all of the family on the passing of your mother, mother in law, and grandmother. May she rest in peace and her memory be a blessing.

Dear Carolyn, Morris and Elyssa, once again our most sincere condolences on the loss of your beloved mother, mother-in-law and bubby, Miriam. May your memories always be a source of strength and pride for you and may you all be comforted amongst the mourners of Zion and Jerusalem. Baruch Dayan Ha'Emet.

Dear Farkas family and Bess, Many years ago, when Miriam was a teenager, she used to babysit me and my brother . We loved her! As the years went on, we often bumped into each other and caught up. Please accept my condolences on your loss of a lovely woman !

Our deepest sympathies to all your family. Miriam was a very good person and an important part of our family history. She will be missed.

Dear Farkas Family Please accept my sincere condolences,I had the privilege of working for many years with Miriam, a hardworking, sincere ,kind woman.

Dear Carolyn Elyssa and Marvin Deepest condolences of your loss of Miriam. I worked with her at the Jewish General and we often had coffee together...She dealt with her medical issues with courage. When she retired she joined our Cote St Luc Womens Club when it was first at the CSL Shopping Centre upstairs and now at the Aquatic Centre... She was a very proud grandmother and often talked about her grandchildren both here and out West. Wishing you many happy memories during this very difficult time.

Deepest condolences from our family to yours. May she rest in peace and her memory be a blessing ❤️ BDE

Dear Carolyn, Morris, Elyssa and family, My sincerest condolences to you at this time. I knew your mother many years ago and always thought she was a kind and gentle soul. May she rest in peace now and suffer no more.

Dear Elyssa and family, My condolences to you and your family on the loss of your grandmother. May your memories of her give you solace at this time.

Dear Carolyn, Please accept my deepest sympathies. Your mother had a great sense of humour. May her memory always bring smiles!

Dear Marvin and family I worked with your mom at the jewish general and with you as well in the PHA while you were in school. I havent seen her for many years , but remember her as a warm and kind woman. My condolences for your loss. Take care Rachel

Dear Carolyn, Morris, Elyssa and family, I am sorry to learn of the loss of your mother and grandmother. May the happy and special memories of time together comfort you as you mourn her loss. Lorna and Hy

Viviane and George Krausz - 27 days ago

Dear Carolyn and family Our sincere condolences on the passing of your beloved mother and grandmother. We have fond memories of her kindness towards our daughters when they were growing up. May you be spared further sorrow. Viviane and George Krausz

Dear family ! Sending condolences for a very fine lady that I used to work with at the Jewish general We were four of us that used to car pool together and have breakfast together every single day for years when Miriam retired and then I we would meet for breakfast and catch up May Hashem grant only good memories to her children and grandchildren Randi greenberg-flam

Dear Elyssa and family, Please accept our deepest condolences on your recent loss. Our thoughts are with you at this difficult time. Ingrid and Robert

Dear Family. My deepest sympathy. I remember Miriam when she participated in Bingo that we did at the Steger Residence. RIP dear Miriam. Doris

Barbara and Solli Amihod - 27 days ago

Dear Carolyn and family, Our hearts go out to you at this sad time. May your memories of fun and loving times give you comfort and a smile. ברוך דיין אמת Barbara and Solli

Dearest Farkas family. My deepest condolences on your loss You are in my thoughts at this most difficult time

On behalf of my family we extend our sympathy at your tragic loss. My mom Nancy worked at the Jewish General with Miriam for many years. They became close friends and remained so to this day. 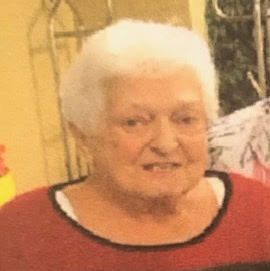 Peacefully, on Tuesday, March 16, 2021 at the age of eighty-nine. Miriam was the daughter of the late David and the late Sheindel Schwalb. Devoted wife of the late Ernest Farkas. Dear mother and mother-in-law of Marvin (Leanne), Carolyn and Morris Nassi. Loving Bubby of Elyssa Nassi (fiancé Jonathon Greenberg), Lindsey, and Evan Farkas. Sister and sister-in-law of Bess and the late Saul Fradkin, the late Morris and the late Pauline Shaw of London, England, the late Alec and the late Nancy Schwalb, the late Archie and the late Lily Schwalb; and sister-in-law of the late Sandor and the late Eva Farkas. Loving aunt of Anne and Geoffrey Shisler, Martin and Hazel Shaw of London England, Mark Fradkin (Sharon), the late Helen Fradkin, and Endre Farkas. Her life was not an easy one, but she was strong and never gave up. She took on all the challenges life threw at her. She most enjoyed spending time with family and friends. Much appreciation is extended by our family to the staff, nurses, doctors and caregivers of Jewish Eldercare for their care and compassion, and for making her final days as comfortable as possible. A private graveside service will take place. Contributions in Miriam’s memory may be made to the Jewish Hospital of Hope Eldercare Foundation, (514) 738-4500, ext.: 2124.
Mom you are peace now and reunited with dad and all those you have loved and lost.

Leave a condolence for Miriam Farkas