Dear Vineberg family, I knew Harold from bridge other card games that we played together. I was friends with him for years and saw him occasionally at Tony's . Bridge is my profession as I am a bridge director ( sort of a referree) he was quite the character. May your memories sustain you. Mark

Alice and Michael Kotler - 23 days ago

Dear David, Stephanie and Andrew Please accept our deepest condolence on the loss of your father, father-in-law and grandfather. Our prayers are with you. Alice and Mike.

Dear family we knew Harold for many years back in the days of the lint on and Vanderbilt bridge clubs Harold was a very sweet guy and later we met. Up at tony shoe store where I enjoyed revisiting him it is a very difficult time for everyone now hoping you are well barb and David saltsman.

Dear Roz,Gail,Nancy,Scott,Janine and Children, Our sincerest condolences on the loss of your brother-in-law and uncle. Harold was like family to us and we go back many many years as your Aunt Theda was a childhood friend of mine since grade 3.In the later years Harold and Theda were included to many functions at our home and to our son Brian’s home as well. Not only was Harold a Brilliant Bridge Player but he was also a connoisseur of the Stock Market. We enjoyed many many hours of discussions of the ins and outs of the market. He had a keen mind right up to the end and never hesitated to ask us about our children, grandchildren, and very recently our great grandchildren. He will be missed. 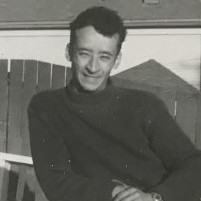 It is with deep sadness that the family of Harold Vineberg announces his passing on Wednesday, April 14, 2021, at the age of 85. Revered father and father -in-law of David and Stephanie Vine. Adoring grandfather of Andrew Vine. Cherished son of the late George and the late Pearl Lesser. Loyal brother of the late Theda Vineberg and the late Norman Vineberg. Beloved uncle of Gail, Nancy, Scott and Janine Vineberg; and adoring great-uncle of Noa, Nathan, and Estella Vineberg.

After growing up in Montreal and graduating from high school, as a young man, Harold sought adventure in Alaska and the American North West. He also spent some time working in Alberta. Upon his return, he was a salesman for many years at Tony Shoes in Westmount. For a long time, Harold would spend the summer months onboard a ship transferring goods and services between Churchill, Manitoba and communities in the far North of Canada. It was on these voyages that he would hone his skills as a cook, which was also one of his passions. During these voyages, Harold observed the people and portions of the Far North that few are privileged to experience. Harold was a master bridge- and avid chess player who was rumored to have taught game strategy to several Bronfmans. In later years, he most enjoyed long conversations concerning the lives of his son, nieces and nephew, and their children. A private graveside funeral will be held. Donations in Harold’s memory may be made to the Montreal Association for the Blind, (514) 488-0043.

Harold’s sharp intelligence, independent spirit, and strong opinions will be remembered by those who knew him well, and he will be dearly missed.

Leave a condolence for Harold Vineberg