Marla, Lorne and the entire family, We were so saddened to see the loss of Your mother. We have such fond memories of her. Please accept our sincere condolences . May all your wonderful memories sustain you at this most difficult time. Our hearts are with you. 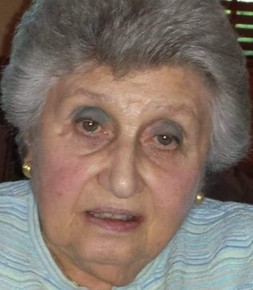 June 30, 1930-March 29, 2021
Passed away peacefully at 90 years old on March 29, 2021. Daughter to the late Frieda and the late Joseph. Loving sister of Armand (Harriet). Sister-in-law to the late Esther Cymbalista. Devoted mother of Marla and Lorne (Saskia). Cherished grandmother of Marc (Kaia), Jesse and Nikki. Great-grandmother of Emily, Matty, Bella, Jillian, Jax, Finn and Daisy. Aunt of Louise (Jack), Andrea (Jeff), and David (Dana). Great-aunt of Charlie (Nicole), Evan (Samara), Nicole, Joey, Julia, Erin (Justin). As a holocaust survivor and a hidden child from the Second World War, she will always be remembered as a fighter and a survivor to all that knew her. Sophie will be deeply and sadly missed by her family and friends.
She will be peacefully laid to rest at The Schara Tzedeck Cemetary, 2345 marine drive, New Westminster, BC, V3M 6R8

Leave a condolence for Sophie Cymbalista