To the Oberman family, our sincerest condolences on the loss of Morty.. our friendship goes back many years. RIP Mel and Myrna Klein

Lisa, Gary, and Jeffrey. I am so sorry for your loss.

We have such wonderful memories of Morty. We adored him!! Our sympathies to his family. May you always cherish the beautiful memories.

Dear Marie and family, Our sincerest condolences to all of you. Although we have not seem Morty in several years, we will never forget his kindness, his sense of humour, and the fun and laughter we had at Cedarbrooke, as well as the few cruises we were on together. We have such wonderful memories of those times. He was a true gentleman and even tried his hand at being a barber to Shelly! Cherish your special memories and may they sustain you at this most difficult time.

Dear Marie" So saddened to hear of Morty's passing. He was a true gentleman. May the good memories sustain you and may you know no more sorrow.

My deepest sympathies to Marie, Marisa, and the rest of the family. Morty was our neighbour on Des Arbres street . My fondest memory I have of Morty was when we dug a huge hole in the front yard so he can plant his tree (which is still there). May you Rest In Peace. Frank, Marisa, Marc, and Laura

My heartfelt condolences to Jeff and his family

Dear Danielle, Marie & Felicia, Our deepest sympathies to you. Morty was always great to travel with on the many trips we've taken with you over the last 30 years. Thinking of you, Teddy & Sharon Smith

Dear Gary, Grace, and Family, My sincerest condolences on the loss of your father & grandfather. May the family be comforted as the mourners of Zion & Jerusalem & have no more sorrows.

I remember Morty as a teenage friend. My sympathy to the family. May he rest in peace.

Love you uncle morty! May you Rest In Peace ❤️

My Deepest sympathy to the family

Dear Oberman family so sad to hear of Mortys passing.its been many years since we have seen each other,but how well I remember the days on Fraser ave and answering Morty,s phone calls at 8am,to tell him which workman was on Finchley Rd .my sympathy to all of you. sandy(colton)appel

I’m so sorry that Morty passed. My deepest condolences

Dearest Marie and all the Oberman Family...our sincerest condolences on the loss of Morty. I have many wonderful and fun memories of when we worked together many years ago in the “schemata” business. He was a wonderful man that will be sorely missed by all his family and friends. May the family be spared further sorrow. With love , Susie and Harvey

Dear Marie and Oberman Family, My deepest condolences on Morty's passing. Morty was a person who loved people and people loved him. He was a great story teller. I was one of his golf buddies for over 20 years in Montreal and Florida. If he had a few bad holes he would announce to everybody in his foursome "No more Mister nice guy, but he could never succeed, because he was to much of a mensch. R.I.P. Morty, I will miss him.

Dear Marie & family, I am so sorry to hear that Morty is no longer with us. I always called him our "Miracle Patient". I will never forget Dr. Gold (ז׳ל) coming in the office to announce that "it did not look good" - and that was over 30 years ago. He made me believe that miracles can happen and went on to live many more years. I'm so glad he got to see his children and grandchildren grow up. My condolences to the whole family. May he rest in peace. Sending prayers from Israel.

Marie and Family. I was saddened by the passing of Morty. He was a master story teller. He knew everyone and everybody knew Morty Oberman for the person he was. A gentleman who always gave of himself, helping others. His golfing buddies will especially miss him!! Mannie Young

sorry for your loss my sympathy for family

Sheila And Steve Altro - 30 days ago

Norman Gold - about 1 month ago

Please accept my heartfelt condolences. May you be spared further sorrow.

Ralph Bienstock - about 1 month ago

Morty’s storytelling with a sense of humour and wisdom will be missed. The lunch bunch will never be the same. Condolences to the family he loved.

Sandra and Phil Gutherz - about 1 month ago

Dear Marie and all the Obermans. It is with a heavy heart that we offer our condolences for Morty. We remember the good times years ago. Lots of fun and laughter. And we do recall Morty’s skill at cooking. May all your fond memories help sustain you at this sad time.

Ingrid & Gordon Gellis - about 1 month ago

Sandy Katz and Norman Schaffer - about 1 month ago

Dear Marie, We were so sorry to learn of the passing of your dear Morty. May wonderful memories of your life together help you through this difficult time. Our sympathies go out to you and your family. Sandy and Norm

RhodaOberman Smith - about 1 month ago

Dear Joi and Morty's family, Please accept our sincere condolences on the passing of Morty. I am a cousin and we have lost contact over the years. My late parents Annie and Moe Oberman, were Harry's aunt and uncle. Joi you and I have reconnected but I have not seen Morty in many years, I am sorry for your loss. Hopefully the good memories will be of comfort to you all. Rhoda Oberman and Lenny Smith.

Bobby azeff - about 1 month ago

Dear Marie and the entire Oberman family, My deepest sympathy on the loss of Morty! Out relationship goes back many years He was a true gentle man I wish you no further sorrow! Bobby

Ted Baker - about 1 month ago

HOW WELL I REMEMBER MORTY'S KINDNESS TO MYSELF AND MY WIFE ON THE MANY TRIPS WE HAD TOGETHER. MAY MARIE AND FAMILY BE CONSOLED AMONG ALL THOSE WHO MOURN IN ZTON AND JERUSALEM.

Claudia Oberman - about 1 month ago

Love you forever Papy, you will forever be in our hearts.

Caryl & Lawrence Young - about 1 month ago

Dear Marie, Danielle, Felicia and Morty's entire family, we send to all of you our heartfelt condolences on the very sad news of Morty's passing. We have only fond memories of being with Morty many times over the past 40 years-always with a smile and a wonderful sense of humour. He will be dearly missed, and we wish that your entire family is spared from any further sorrow. Sincerely, Caryl & Lawrence

Marilyn Fisher - about 1 month ago

Hinda Goodman - about 1 month ago

Dear Marie, My sympathies to you and your entire family on the loss of your beloved husband. Hinda Goodman- Hope & Cope

Barry Pokrass - about 1 month ago

Dear Marie and family, It is with great sorrow that we mourn the loss a a very dear friend. Hoping that his memory will remain in your mind and that your children and grandchildren forever. Barry & Irene Pokrass

Elaine Lang - about 1 month ago

Dear Oberman family, My condolences for your loss. Elaine Lang

Bill & Hinda Letovsky - about 1 month ago

Dear Marie, Please accept our sincerest condolence on your loss of Morty. He always had a smile for us despite the battle he was fighting. We will miss meeting him in our hallways. Cherish all your good memories. Bill & Hinda

Mitchell Yaffy - about 1 month ago

Dear Marie and Oberman family. I am so sorry to hear about Morty’s passing. I always enjoyed our discussions about our houses when we built on Des Arbres St. We lived across the street and will always remember the good time we had on the street. My sympathies to you and the family. Mitchell Yaffy

Ian Kaper - about 1 month ago

My sympathy to the Oberman Family from an old friend when he lived on Trans Island. Many good memories of our relationship.

Irwin Liebman - about 1 month ago

Lenora and Seymour Mendelman - about 1 month ago

Dear Marie and family...It has been many years since we have had any contact, but having known Morty since childhood, and having spent time with the both of you both enjoying his wonderful sense of humour, we wanted to express our sincerest condolences to you on his loss. May you have the strength to carry you through this difficult time. May he RIP.

Frances & Ted Rotsztein - about 1 month ago

Dear Marie and family, Please accept our deepest condolences on the passing of Morty. May the memories of happier times remain with you forever. Our thoughts are with you. Frances & Teddy

Stacey Hodess - about 1 month ago

My deepest condolences to the family.

Ingrid Pokrass - about 1 month ago

Dear Oberman family Sending you condolences on the loss of Morty. May he RIP.

Lori Berger - about 1 month ago

To all of Morty’s family. Our deepest condolences on the loss of your beloved husband, father, father-in-law, and grandfather. May you all be spared any further sorrows. Dr. Jonathan Lang and Lori

Philippa and Marvin Carsley - about 1 month ago

Dearest Marie and the whole Oberman family We all know what kind of fighter Morty was,because he fought this battle for so many years and each time came up victorious. This time Morty had to give in so that he can rest his tired body from drugs and procedures which was very over bearing. Our hearts go out to you Marie ,Marrissa and each and every family member as he will truly be missed as a wonderful Husband Father and grand father He will also be missed as a dear friend . Morty ,we wish you a peaceful rest and know full well you will be looking down with pride and joy at your wonderful family that had and will always have sincere deep love and respect for you Philippa and Marvin Carsley

Linda Azeff - about 1 month ago

Dear Marie and entire Oberman Family, My deepest condolences on the passing of Morty. Remember the good times as I certainly will and hopefully it will help you through this very difficult time. Linda

Harry and Norma Oberman - about 1 month ago

To Morty's family and his sister Joi we offer our deep condolences. I was a 1st cousin to his dad and am a bit older.. May you all be spared further sorrow.

sheila sinclair kirstein - about 1 month ago

to morty's family.....so sad to learn of morty's passing....my late husband ..yonnie and i enjoyed him alot.. he had a great sense of humour.....we were in paris with him years ago...and enjoyed that humour......my most sincere sympathy to all.....~S~

David Katz - about 1 month ago

Our deepest condolences to the family. Morty was a great friend to many who knew him. R I P Buddy Maria and David 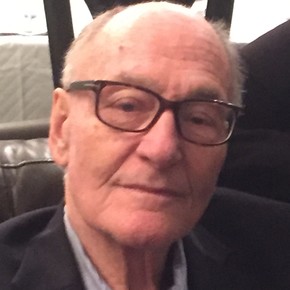 Peacefully, on Thursday, December 26, 2019. Darling husband of Marie Charland for forty-four years. Devoted father and father-in-law of Lisa Oberman and Mark Cardinal, Gary Oberman and Stephanie Bosse, Jeffrey Oberman and Stephanie Faust, Marisa Oberman and Rami Qumsieh. Adoring ‘Papi’ of Claudia, Lauren, Harrison; Luca, Vanessa, Cloé, Marco, and Rocco. Dear brother of Joi of New York. Loving brother-in-law of Danielle and Angelo, and Dominique. Son-in-law of Solange Clairmont. Treasured uncle of Evan and Jesse; Angela and Felicia, and their families. He will be sadly missed by Grace Deans, his family and many special friends. Morty will be forever remembered for his love of his family and friends and as a courageous fighter and a winner. Special thanks to Morty’s ‘bro’, Michael Rosen, and to Drs. Johnson, Lipes, Fortier and Jago, as well as the nurses and staff of the Jewish General Hospital for their exceptional care and compassion. Funeral service from Paperman & Sons, 3888 Jean Talon St. W., on Sunday, December 29 at 12:00 noon. Burial at the Hebrew Sick Benefit Association Cemetery, de la Savane. Shiva strictly private. Contributions in Morty’s memory may be made to the Jewish General Hospital Foundation, (514) 340-8251.