Dear Ruth, Perry, Steven, Marla & Families, my condolences on the loss of your husband, father and grandfather. May you be spared further sorrow.

Dear Ruth, Perry, Steven, Marla & families, My sincere condolences on the passing of your husband, father and grandfather. He lived a long full life, filled with love for, and from, his family; he was a very fortunate man. May your many memories of your lives together be of support during this difficult time.

Elaine and Mitchell Brownstein - 7 days ago

Dear Ruth and family, We were so sorry to learn of Lou's passing. We always enjoyed our talks together. May his memory be a source of strength for you always.

Dear Ruth and Family we were shocked to hear of Lou's passing especially so since we saw you both just before your move to Toronto.He looked and sounded well. May you be spared any further sorrow.

Dear Ruth and family - I was stunned to see Lou's obituary on Paperman's website. I am so sorry for your loss. Lou was such a dedicated B'Nai Brith volunteer and a warm, friendly man, always sharing a word or two. Please accept my heartfelt deepest sympathies. My thoughts are with you. Fondest regards, Joyce

Dear Perry My heartfelt condolences go out to you and your family with the loss of your Father. May the closeness of friends, family and prayers ease you through this difficult time.

Heidi and Cliff Rodgers - 12 days ago

Dear Ruth and Family, It has been difficult to put into words how saddened we are at the loss of Lou. His smile lit up a room. Lou always welcomed us with open arms. We are sorry that we can't be with you at this time. May all your cherished memories guide you through this difficult time. May he rest in peace.

Dear Ruth, and your family, My brother, Howard Rothman (in Atlanta) joins us in expressing his utmost appreciation of Lou and conveying to you heartfelt condolences on Lou's passing. Our Mother, Rose Rothman z"l, spoke of Lou's fine character, and recognized Lou as a true "mensch". We wish you all long life, and only simchas `

Dear Ruth, So sorry to learn of Lou's passing. He was such a kind and gentle soul. Everyone thought so highly of him. I personally enjoyed having him as a fellow volunteer at B'nai Brith House over the years. May the wonderful memories of the many happy years you shared together sustain and comfort you through this very difficult time. Don and Nancy

Rhoda and Peter Sternberg - 12 days ago

Dear Ruth and Family. Our sincere condolences on the loss of a very special person. May you know no further sorrow. Rhoda and Peter

Dear Ruth, To you and your family, sincere and heartfelt sympathy in memory of Lou. I hope treasured memories of your wonderful long life together, will help you through these difficult times. Patsy

so sorry to hear about Lou. He was a very nice man. Ellie and Harvey matlin

Dear Ruth, My condolences on the death of Lou I recall happieryounger ,Montreal days My sympathy to you and your family Gloria

Dear Ruth and family, we are so sorry for your loss. Wishing you all much strength during this difficult time. Ganit and Phil Bernstein

memories of high school , ste agathe and more how our lives intersected---friends for over sixty years REST IN PEACE --SEEYOU SOO

Dear Ruth & Family. Thinking of Lou at this very sad time. We extend our sympathy to the family. Lou was a fine gentleman always with a smile.

Dear Ruth and Family, My condolences on the passing of Louis. Thinking of you and your family at this sad time. Francine

Our deepest condolences go out to you and your family. Evelyn, Julie, Stella and Gloria

Carla and Jay Russman - 11 days ago

Dear Ruth & Family; My sincere condolences to you and your family on your loss.We hope the memories of the good times you shared provide a source of comfort for all of you. Brenda Soobis

Perry, please accept my sincere condolences on the passing of your Dad.

Dear Ruth and family,please accept my sincere condolences on the passing of Lou and may you know of no more sorrows. Zelda

Dear Ruth.It is with great sadness that we read of Lou's passing. Please accept our sincere condolences. Phyllis & George.

Beverly and Norman - 14 days ago

Dear Ruth and family,, We are so shocked and saddened to learn about the passing of dear Lou. He was a kind and gentle spirit, a wonderful husband and father. so well respected by his family. We spent many wonderful times together with you and your gang. Sorry we can't be with you at this sad time but we are thinking of you all and send our love. Wishing you strength and comfort at this difficult time. Beverly & Norman

Carol and Seymour Posner - 14 days ago

Dear Ruth and family, Our sincere condolences to you and your family. Were are sorry for your loss and we hope that the memories of the good times you shared provide a source of comfort for all of you. Carol and Seymour

Sylvia and Sam Altman - 14 days ago

We are so sorry to hear about your loss. Lou was a gentle giant of a man and will be greatly missed by all who knew him. As neighbors and friends you both were the best. Hope that all your memories of Lou will help your family during these difficult days. We will all miss him.

Dear Aunt Ruth, Cousins Perry & Amy, Steve & Diana, Marla & Don and Families: It is with much sorrow and sadness that I am writing you all of my heartfelt condolences on the Passing of Dear Uncle Louis. He will forever have a Special place in my Heart. I will surely miss him. Aunt Ruth, you had 66 years of a blissful Marriage and your endless love for your amazing Husband; Father and Grandfather. Perry, Steve and Marla, you have all stood by your Dad's side morning, noon and night and this certainly showed an everlasting Love you all had for your wonderful Dad. I am thinking of you all during this most difficult time and sorry I was not able to be there with you all. May all the cherished and beautiful Memories of your Loving Dad, remain close to your hearts. RIP Uncle Louis ~ Love Sandi

Dear Ruth and family, seeing the notice of Lou’spassing is very upsetting.....I remember you both fondly from days gone by. I offer my sincerest condolences to all the family.......may you find comfort from those around you......my thoughts are with you,.......sadly.....Barbara

Dear Ruth and Family, My sincere condolences on the loss of Lou. We have all lost a true gentleman and gentle man. Cherish your lifetime memories and I wish you no more sorrow I will miss him!Rest in peace Lou. BDE, Rhona

Estelle and Mickey Farr - 14 days ago

Dear Ruth, it was with great sadness that we learned of your loss. The passing of your beloved Lou. He was a very dear friend to my brother sonny, we are sending our sincerest condolences. He will be greatly missed by all who knew him. Sincerely, Estelle and Mickey Farr.

Dear Ruth and Family, How sad and sorry I am to read of kind, gentle Louis's passing. He was a favorite of my mother, Betty and step father, Nic Levitan's. Never did he not smile and take the time to talk to me and reminisce whenever I saw him at the Cummings Center. Such a warm, happy man. I grieve with you at this very difficult time. Fondly, Carole and Howie Blank

So very sorry to learn of Lou's passing.We grew up together- eons ago---didn't know that he moved to TO--Sending you all my very sincerest condolences on your great loss.

Dear Ruthie, I’m stunned to see that you lost your Beloved Lou. Everyone at BBHOUSE admired and respected this gentle man. Sincerest condolences from us....Goldie and Sydney 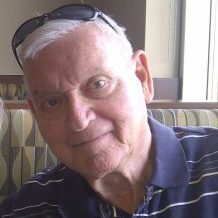 In Toronto, on Friday, January 10, 2020, just two weeks shy of his ninety-third birthday. Beloved husband of Ruth Buchner for sixty-six years. Loving father and father-in-law of Perry and Amy Brock, Steven and Diana Brock, Marla and Don Cohen. Proud grandfather of Adam (Faith), Daniel, Cory (Jacquelyn), David, Evan (Mona), Ryan, Justin, and Haley. Son of the late Michael and the late Rachel. Dear brother and brother-in-law of Julius and the late Bella Weinman, Moe and Ruth Brock, Sarah and Dave Spector. Treasured uncle, cousin and friend to many in Montreal, Toronto and in the U.S. A kind, gentle and giving man, Lou will be missed by all who knew and loved him. Funeral service at Steeles Memorial Chapel, 350 Steeles Ave. W., Thornhill, on Sunday, January 12 at 2:00 p.m. Burial at the Community Section, Pardes Chaim Cemetery, 11818 Bathurst St. Shiva at 546 Steeles Ave. W. (private dining room), Thornhill. Memorial donations may be made to B’nai Brith House, (514) 223-2023.