I have always felt gratitude for meeting Mr Stroll, 50 years ago, as new immigrants, he was very caring, taking us around to visit Montreal. May God create more Jewish men like him.

Dear Holly and family, We are truly saddened to hear about your father David. We had the privilege of knowing him through his exercise classes at the Cummings Centre. He was kind, funny and caring to those around him; a true pleasure to have in class! He will be missed very much. From the staff of the Wellness Centre at Cummings - Jodi, Anne, Difei, Maria, Seungyeoul, Trang and Annette - we offer you our deepest condolences and wish you strength during these difficult times.

Jeff and Arlene Strohl - 5 days ago

Dear Family, Many memories growing up with Uncle Dave as one of my favourite uncles. He always had time for us and especially when we talked sports, as my Dad was not a sports fan! He will be sorely missed. May he rest in peace and may his memory be a blessing. Jeff and Arlene Strohl

Dear Holly, I am sorry to read about your dad's passing. Sending you my sincere condolences. Heather

Dear Holly and family. I am sorry to hear about the loss of your Father.. Please accept my condolences.

Dear Holly & Family our condolences on the lost of Dave may hi s memories sustain you during this difficult time. BDE

Dear Family, We are so sorry to hear about Dave's passing. Our deepest sympathies to all. Cousin Irving & Margery

Dear Holly and Family, Please accept our condolences on the passing of your father, father in law and grandfather. May your cherished memories be a comfort to you all during these difficult days. Cheryl, David & Noah

Joyce and Avrom Lachovsky - 6 days ago

Dear Faye,Holly and family. Our deepest sympathy on the loss of David. May he rest in peace (Ida and Alex Stroll's daughter)

Holly and family, My deepest condolences on the passing of your dad. Thinking of you all during this difficult time.

Dear Holly, I was so sad to read about your father's passing. He was a very a fortunate man to have such a caring, loving and devoted daughter like you. Please accept my heartfelt condolences. May your beautiful memories give you great comfort during these very difficult times. May his memory be for a blessing Fondly Deborah

Dear Holly & Family..sending you my heartfelt condolences on the passing of your dad... I only met him a few times but he was always a lovely man..May you all be spared any furthur sorrow

To the Strolovitch Family. We are so sorry on the loss of your father we are sending you our condolences OK

Dear Family: Sending my deepest condolences on the loss of Dave. His in-laws were friend of my grandparents. Memories of visiting the Gertners and Dave and beautiful Fanny. May his memory be for a blessing. Sharon Karpman Hecht

Dear Holly and family, my deepest condolences on the loss of your dearest dad. May his memory be a blessing. BDE

Dearest Holly. My deepest and heartfelt condolences on your loss. Your wonderful dad was a true gentle soul and such a special man. He always had a smile and a kind word. May his beautiful soul Rest In Peace. Sincerely, Bluma.

Dear Holly and family, My condolences on your loss.

Dear Holly and Family, My sincere condolences of the loss of your beloved father. I remember him from Cummings Centre always smiling and making jokes. Wishing you strength and courage during this very difficult time.

Fear Family, I am truly sorry to learn of David’s passing. I can clearly remember meeting him while visiting with Linda BH. I knew from Linda’s loving and affectionate stories what a beautiful man he was. May you all be spared further sorrow.

Dear Holly My deepest condolences on the loss of your dad. My last memories of him was seeing him walking with your mom and sister by his side. May you be spared further sorrow

Holly you are a remarkable and caring daughter who added joy and years to your father's life. My deepest condolences to your whole family at this very sad time.

Dear Holly and Family: How sad to receive a message from Suzanne that your Dad had passed. I've known your parents my whole life, through my wonderful aunt and your Mom's dear cousin Fanny Leffell and your parents were always special people. For years I would bump into your Dad at the bank and then he would absolutely come in to see me at Young Israel for High Holiday Seats, always kind, asking after family, and usually a good kibbutz that would be remembered. When your Mom started to decline, it was inspiring to see him take her out for lunch, Auntie Fanny and I would run into them quite often. The passing of time can be cruel, I know that all too well and sadly your Dad has now gone to join Lynda. All I can say is that the wonderful memories you have kept in your heart must come into play now to get you and your family through these difficult days. There is no easy way, but we are told that better days are to come. Take care of yourselves and of Mom, bless her, may Dave's memory inspire you all forever. Sincere condolences personally and from Young Israel of Montreal. Frima Rosen (Frimmie)

Ryan and Brandon - 7 days ago

Dear Holly, Pat, Evan and family We are so sorry to hear about the passing of your dad. You are in our thoughts and prayers.

Holly and family, my sincere condolences on the loss of your dad. I'm glad we recently got the chance to touch base and catch up. Elaine

Dear Holly and family, my deepesest sympathies to you all for your untimely loss. Treasure all the wonderful memories of your father and hope that they will bring comfort in the days to come.

Gary and Wendy - 8 days ago

Dear Holly, Pat, Evan and family. We hope it won’t be long b4 ur tears of sorrow turn into warm smiles as you cherish all the wonderful memories of the times you shared together. We are so sorry for the loss of your dad. He was such a nice gentle man , witty and intelligent, Gary enjoyed speaking to him, he was such an interesting man.. Your parents raised a beautiful family. Holly, you are truly one of a kind, your love and devotion was with him till the very end, he’s smiling at you with the sparkle in his eyes😘😘

Dear Holly, Pat, Evan & family, I am so sorry to hear about your loss. Please accept my deepest sympathies at this difficult time

I was very sad to hear of your dad’s passing. He was the liveliest and funniest man , always witty, and in the know. Our deepest sympathies for this very great loss of a great father and gentleman.

Suzanne and EdmondElbaz - 8 days ago

Dearest Holly , Pat and Evan. Our most heartfelt sympathy on the untimely passing of Fave . Dave lived his life to the fullest . Even when Dave was faced with adversity he soldiered forward . Dave was an extremely gentle soul. His family close family members always came first in his life . Dave was so genuine and kind, always with a smile and twinkle in his eyes. Dave was the ultimate pillar for Fanny , Linda OBM and Holly and her family . Dave truly loved playing his piano , spending time chatting at the Cummings , and keeping up to date with current events. He was always delighted to engage in conversations. Dave practiced his religion with pride and devotion. His knowledge of Yiddish including stories , jokes , and songs , and flashbacks to his youth will be remembered and treasured . May his memory be a blessing . Dave will live in our hearts forever . May Dave rest in eternal peace knowing that he was so loved and admired . He will be greatly missed but always remembered . Our sympathy to his nieces and nephews that he adored . Our very deepest sympathy to the entire family . With all our love .

Holly and family - Your dad was so lucky to have you as his daughter. You gave him the utmost respect and love. My deepest sympathies on your loss.

Dear Holly and family We would like to send our deepest condolences on the passing of your father. Barouch dayan haemet. May he rest in peace Xoxoxo Orit, Arie and Jacob Reiser

Dear Holly and family. I was deeply saddened to read that your dad had passed away, please accept my deepest condolences. May all your precious memories that you have help during this difficult time and may you and your family know no more sorrows. Big hugs, Ethel 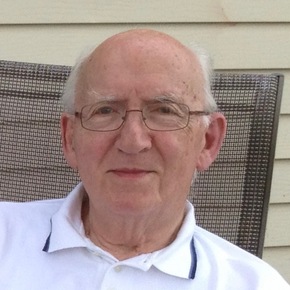 It is with the deepest sadness that the family of Dave Strolovitch announces his peaceful passing on Friday, April 30th, 2021 at the age of ninety-seven. Beloved husband of Faye Strolovitch for sixty-seven years. Treasured father and father-in-law of Holly Strohl and Patrick Melosso, and the late Linda Strohl. Proud Zaida to his grandchildren and great grandchildren, Daniel, Tina, Evan, Carlito, and Mila. Son of the late Fanny and the late Isaac Strulovitch Dear brother and brother-in-law of the late Frank and the late Fanny Strolovitch, the late Harry and the late Shirley Strolovitch, the late Charlie Strolovitch, the late Ruth, and the late Harold Scharf. He will be greatly missed by his devoted nieces, nephews, cousins, and wonderful caregivers. Dave will always be remembered for his love of family, his caring and gentle nature, and his sharp and entertaining sense of humour. A private graveside funeral and shiva will take place. Contributions in his memory may be made to The Cummings Jewish Centre for Seniors. (514) 734-1825

Leave a condolence for David Strolovitch