Dear Renee and the Smith family. I’m so sorry for your loss. I have many fond memories of Moishe. He was an entrepreneur I learned a great deal from.

To the Extended Smith family, my deepest condolences. BDE. mabramowitz244@gmail.com

It breaks my heart to learn if this tragic news. I had the pleasure of working with Moishe years ago in Ottawa and Brockville and it was always a pleasure to spend time with him. Moishe was very clearly a mensch and those that had the opportunity to get to know him were left better after the experience. May his memory be a blessing ❤️

Dear Anna, David & Families, We send out our most heartfelt condolences to and your Families on the passing of your dear brother Moishe. May your many wonderful memories provide you with comfort at this sad time.

To Moishe I was maybe 13 when we met, and you were a big part of my social group. We all went our separate ways after high school and you and I reconnected as adults. I will never forget all your kindness through the years. May your memory be a blessing.

Dear Linda and the Smith family, My deepest condolences on this heartbreaking loss of such a loving and wonderful man who brought joy to so many. May his memory give you strength and courage through this difficult time. Our thoughts are with you, Jacqueline and family

Dearest Leiba, Mikey and all who loved Moishe, I was saddened to learn of your huge loss of your beloved brother, Moishe. I know how you feel about your family and this must have seemed like a horrific dream. May his passing be for a blessing and may he Rest in Peace. With much love, Ruthy 😔🙏🌈✡️🕍

Dear David , Leiba & the entire Smith Family. Our deepest sympathies on the loss of your brother. May his memory be a blessing Faigie & Phil

As President of B'nai B'rith International, on behalf of all of Moishe's brothers and sisters in B'nai B'rith , I want to share our condolence from all of us the world over. Moishe was a natural born leader, and one of the truest friends of Israel and Jews everywhere. He was the youngest President of our international organization. He traveled the world to unite Jews in all corners of the world and to defend Israel. I have received notes of condolence from every continent with a B'nai B'rith lodge, from Europe to Australia and New Zealand. As I sit here watching the celebration of Moishe's life, I wish I could be with all of you. I would not have become a member of our Executive Committee, let alone followed Moishe as the President without Moishe starting me on this path. Thanks to Leiba for sharing the livestream link, so Moishe's brothers and sisters in B'nai B'rith around the globe could celebrate Moishe with you. There is a river of tears being shed as we celebrate the life of our dear friend. May his memory will always be as a blessing. Seth

Leiba.... My deepest sympathy to you and all of your family. So sorry for your loss Suzan Wiltzer

Leiba, and David, I’m so sorry to learn about your loss. Please accept my deepest condolences. May you eventually find comfort in your memories of your lives together with him.

Leiba & Smith family, Please accept our condolences on the loss of your brother .We hope your fond memories will be a source of comfort during these difficult times. Jodi & Leon

Marla and Richard Zipper - 7 days ago

Dear David, Leiba and Smith Family, Our heartfelt condolences to you all on the passing of your dear Moishe. May your many wonderful memories provide you with a measure of comfort at this sad time. We are thinking of you and sending strength. May Moishe’s memory be a blessing. He was clearly an exceptional person with a beautiful legacy. We are so sorry for your loss. Baruch Dayan Haemet. Fondly, Marla and Richard.

Linda, Renee, Leslie, Karla, David, Anna, Leah, Eileen, Nathan, Mark, Leiba and families. You have all had such a terrible loss. I was always so impressed how accomplished he was. He was always such a gentleman. I hope all your wonderful memories will get you through this awful time. May you all have long and healthy lives. My deepest condolences. Louise

Over the course of my writing career, I have interviewed and written about Moishe many times, for different publications. With each interview and each article written, I learned a little more about him and my respect and admiration for him grew. The youngest BBI president…the first non-American BBI president…leading a pioneering mission to the Soviet Union…meeting with a US president, the Secretary General of the UN, King Hussein of Jordan. WOW! What an honour it was to know him and get to understand what he meant when he said that his philosophy was – “you only get to do what you are supposed to do and you never get to do what you can’t.” To me, the most enlightening reflection of Moishe came from former Executive Vice President and CEO of B'nai Brith Canada, Frank Dimont , when I interviewed him for a profile I was writing about Moishe after he was elected B’nai Brith International President. “I think he is going to change the course of history for BBI,” he told me. “I believe that heretofore B’nai B’rith in Washington was really an American organization that had international operations. I think that Moishe Smith is going to make it an international organization with a responsible activist agenda.” Is it because he is Canadian, I asked him. “No,” he replied. “It’s strictly because he’s Moishe Smith.”

Dear David, Please accept my deepest condolences. May your brother’s memory be a blessing. Celia

Michael and Belaine - 7 days ago

Dear Smith family, We would like to offer our sincere condolences on the loss of Moishe. May his memory give you strength during these difficult times. Belaine and Michael Wiseman

Dear Renee and the Smith Family: My deepest condolences on your grievous loss, I worked for Mr. Smith for 22 years at Noah's and Prime 360. Mr. Smith was the hardest working person I have ever met and what he didn't know about the food business wasn't worth knowing. But what I will remember most is his good heart and his kindness and generosity to those who needed help. I know I certainly benefited as well as so many others. He will be greatly missed by so many. Eternal sunshine and a peaceful rest Mr. Smith

Our deepest condolences to the Smith family for the passing of a dear friend.

We first met Moishe when he became President of B’nai Brith Canada. Always with a smile and a nice word. We reconnected years later when he opened his restaurant in Deerfield Beach. He was a good host and every time we went in he came to chat and brought a plate of karnatzel. R.I.P. Moishe.

Over 45 years AGO A YOUNG MEN MOSHE SMITH CONTACTED ME AS WE WERE LOOKING TO PREPARE A KOSHER SMALL LUNCH FOR OUR SOVEREIGN HAVING ASKED THREE ORTHODOX JEWS TO MEET, THAT WAS QUITE AN ADVENTURE I CONTACTED ALBERT REICHMANN WHO RIGHT AWAY JUMPED AND INVITED HIMSELF TO BE THERE AND PAY FOR ALL IT WAS QUITE SOMETHING OUR QUEEN WAS DELIGHTED AND SUBSEQUENTLY WE REPEATED A DINNER AT THE RESIDENCE OF THE PM MAKING THE KITCHEN KOSHER AND NEXT DOOR AGAIN WITH THE PM ETC AND MR REICHMANN ALWAYS GRACIOUS TO HANDLE AND SPONSOR EVERYTHING THAT IS HOW MOSHE WAS ABLE TO START ON HIS OWN HE ACTED AS THE CATERER AND THE SUPERVISOR AND WE GOT THE MOST FANCY WARES AND WE REMAINED IN TOUCH WHEN I RETIREED AND LEFT BACK TO EUROPE I WOULD GET HIM SOME REAL KOSHER FANCY STUFF, HE WAS A GREAT GUY AND A PLEASURE TO HEAR FROM HIM EVEN IF IT WAS EVERY FEW YEARS REST IN PEACE AND MY CONDOLEANCES TO THE FAMILY AND NO HE DID NOT WEAR A WHITE APRON BUT A SUIT ALWAYS A V

Dear Anna, my most sincere condolences.

Dearest, David , Leiba & the Entire Family, I am so sorry for your great loss, please accept my heartfelt condolences, May memories of happier times , give you strength & courage, may the echo of his love & laughter remain in your hearts forever , sending big hugs,

Melanie and Jerry Gluss - 8 days ago

Dear David, Leiba and family. Deepest condolences to learn about the loss of your dear brother Moishe. May you be spared any further sorrow.

Dear David, my sincere condolences to you & the entire family. May your cherished memories comfort you at this very sad time. Sending you strength & hugs. Warmly, Rhona ( Montreal ) 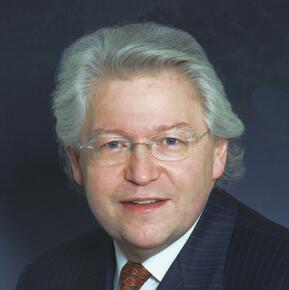 It is with profound sadness that the family of MOISHE SMITH announces his sudden passing in Boca Raton, Florida on Wednesday, January 18, 2023 at the age of seventy two.  Loved and cherished husband and best friend of Renee Bates.  Predeceased by his wonderful parents Inez and Jack Smith.  Most loving step-son of Linda Smith.  Beloved and adored brother and brother in law of Leslie and the late Maureen, Karla and Joe Morrison, David, Anna Silverman, Leah, Eileen Smith and Fred Guzzo, Nathan and Cindy, Mark and Judy, Leiba and Michael Metz; and brother in law of Monique Bates and David Griffiths, Barkley Bates and Christelle Gauchas.
Moishe will be fondly remembered by his many nieces and nephews with whom he shared wonderful relationships, and by the B’nai Brith community around the world.
Moishe was a well known restauranteur and caterer in and around Ottawa.  From his beginnings slicing smoked meat alongside his late father Jack, Moishe carried on the family traditions with a knife, cutting board, and his famous white chef’s coat.  As much as Moishe loved life, he loved the food business.
A stalwart leader for Jewish advocacy; Moishe was the youngest ever president of B’nai Brith Canada (1989-1991); and the first non US Citizen to be elected president of B’nai Brith International (2006-2009).   Moishe served on many distinguished boards, including the World Zionist Organization, Canada Israel Committee, United Jewish Appeal, the Ottawa Food Bank, Ottawa Tourism, and Restaurants Canada.  He was a very proud member of Alpha Epsilon Pi Fraternity.
Funeral service at the Jewish Memorial Chapel, 1771 Cuba Avenue, Ottawa on Sunday, January 22 at 11:00 a.m. Interment at Jewish Memorial Gardens, Bank Street.  Shiva will be observed at the home of Leiba & Michael Metz 3580 Rivergate Way, Sunday through Friday afternoon.
Contributions in Moishe’s memory may be made to "The Ottawa Lodge B’nai Brith #885 Past Presidents Fund" at the Ottawa Jewish Community Foundation.  https://ojcf.ca  613-798-4696 ext. 274; or to the charity of your choice.

Leave a condolence for Moishe Smith